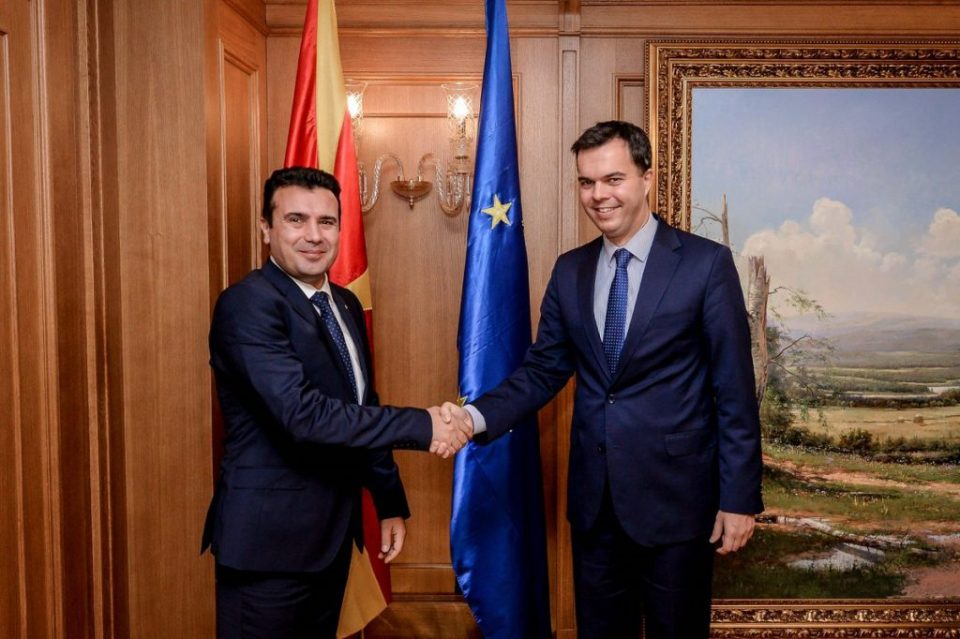 SDSM party leader Zoran Zaev met with Hungarian Ambassador to Macedonia Laszlo Dux. The meeting comes at a time when SDSM officials and media outlets under their control are ramping up their campaign against Hungary.

According to the SDSM party press release, Zaev discussed the expected Hungarian support in the process of Macedonian EU integration, the upcoming NATO membership, and the current political situation in the country and the upcoming early elections. Zaev pointed to the positive report published by the European Commission, where the Hungarian Commissioner Oliver Varheyi is in charge of enlargement, as evidence that his party has implemented reforms that should open the accession talks. Zaev added that EU member states need to evaluate the reforms and allow the opening of accession talks. Ambassador Dux said that Hungary extends enormous support to Macedonia in its integration and sincerely hopes the date for accession talks will be granted.

Zaev and Ambassador Dux also discussed the renewed migrant crisis on the border between Greece and Turkey, and Zaev said that Macedonia is in constant communication with the Greek and Bulgarian authorities.