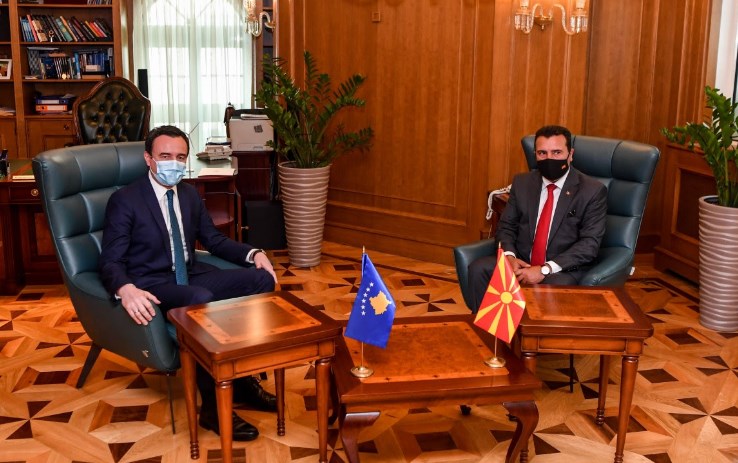 Prime Minister Zoran Zaev on Thursday welcomed with high state and military honors Kosovo counterpart Albin Kurti, who is leading a delegation to Skopje for a joint session with Macedonia’s government.

Zaev and Kurti, as the government press service informed, went for a meeting in the office of Prime Minister Zoran Zaev, and the ministers held several bilateral meetings until the beginning of the joint session.

At the joint government session, as announced, among other things, agreements and memoranda on infrastructure connection of the two countries will be signed to facilitate and enhance economic cooperation and communication, as well as other memoranda and programs covering cooperation on cross-border projects with the support of EU;s IPA programs, cooperation in the field of energy, as well as in the field of tourism, culture and promotion of joint initiatives in innovation and technological development.