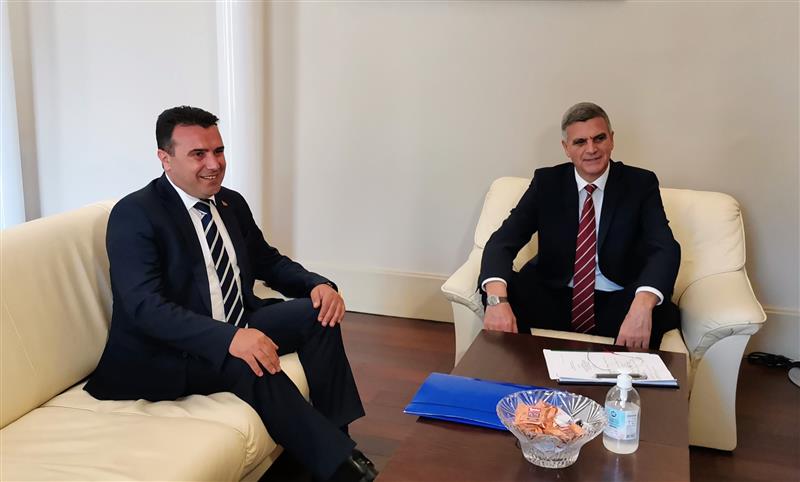 Bulgarian media outlets are reporting that a possible concessions Zoran Zaev is going to make to the Bulgarian side is to declare that the Macedonian language is identical to the Bulgarian. Zaev was in Sofia yesterday, for a desperate, last minute attempt to get Bulgaria to approve the opening of EU accession talks with Macedonia at the European Council next week.

The guest offered five versions of a compromise that would be included in a political declaration. One of them was a formula for the linguistic dispute that would state that Bulgarians and Macedonians speak a same language, but that it is internationally recognized as two separate languages, “24 Chasa” reported. The paper also reports that a declaration will be made that the two nations are “brotherly”. Bulgaria insists that the Macedonian nation recently emerged from the Bulgarian, under pressure of the Yugoslav authorities, and that the Macedonian language is similarly forcefully derived from the Bulgarian.

Zaev himself opened the door to adding the Bulgarian ethnic community in Macedonia to the Constitution, which already names the Albanians, Roma, Turks, Vlachs, Serbs and Bosniaks, along with the Macedonians.