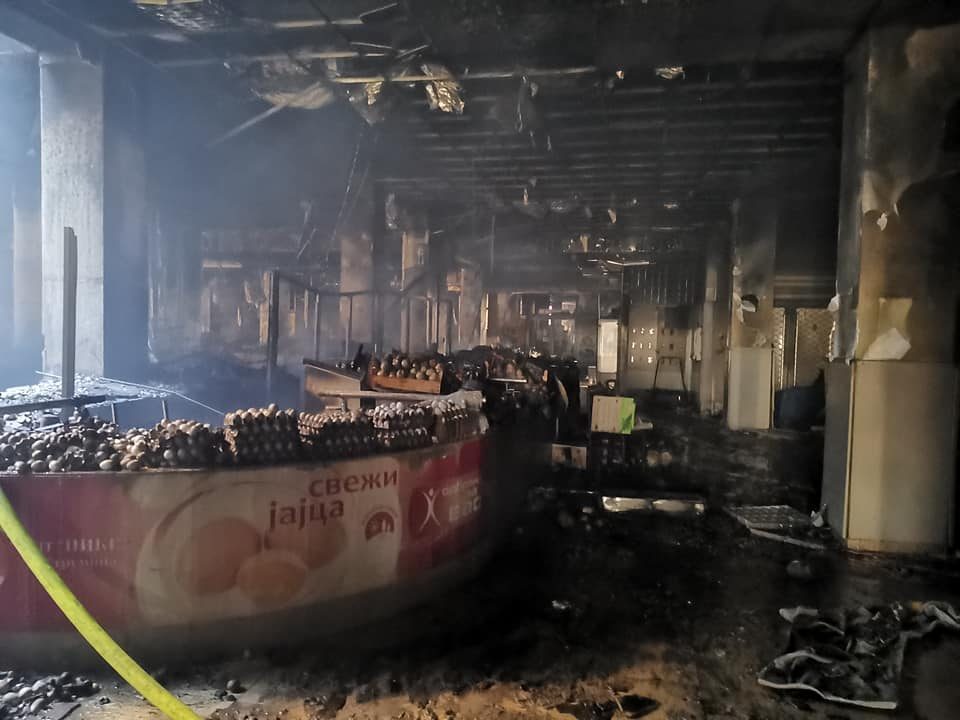 Prime Minister Zoran Zaev said that the fire in the Global shopping mall, built by his cronies while he was Mayor of Strumica, was made worse by a burst pipe that fed water to the hydrants in the mall. The ground floor in the large mall is totally destroyed, with dozens of shops and a marketplace burnt, and there is extensive damage on the upper floors. Firefighters said that there was no water in the hydrants, and this hampered their ability to react quickly.

I will leave it to the investigation, a Prime Minister should not discuss such cases and should not influence the investigation. I was there and talked to the firemen and the shopkeepers. A water pipe that supplies the mall was burst from before the fire, but all the equipment, hydrants, canisters, it was all there. The commander said that two firefighters lost consciousness when they got inside. They lacked access to the fire which started at the center of the marketplace and spread to the surrounding shops. Many of the shops sold sneakers, shoes, and the rubber burns hot so the fire burst through the roof at the fourth floor. Nobody could access the hydrates. I expect the investigation to give the final say. Now is time for solidarity. Global is the symbol of modern, European Strumica and it will be rebuilt and rise from the ashes, Zaev said as he faces calls to answer how he allowed the construction of a mall that was such a fire risk. The current local authorities in Strumica, which were handpicked by Zaev, are also asked why they allowed the mall to remain open if it didn’t have sufficient water supply.

The mall was built in 2008, by a company linked to Zaev’s family businesses that are sprawled through Strumica. He faced criminal charges for giving away publicly owned land to the developer and not asking for competing bids, but received a presidential pardon. The mall was built without a permit, but Zaev had it legalized years later, under a general pardon for unlawful buildings.