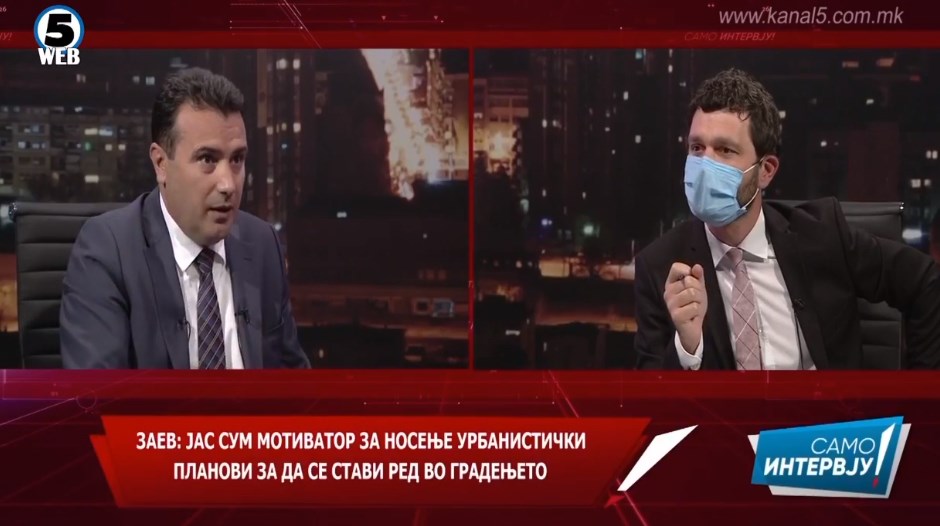 The direction from the headquarters to the councilors of the Council of the Municipality of Tetovo was to vote “in favor”, Zoran Zaev acknowledged in Monday’s interview with “Samo vistina”, talking about the scandalous deal for the land from SIK “Jelak” with the controversial businessman Miodrag Davidovic – Daka.

Zaev adds that he is the motivator for the adoption of urban plans.

Following the express vote of the Council, the Ministry of Transport and Communications approves the Detailed Urban Plan with 233,000 square meters in just 7 days. A quick procedure changes the plan of the former forest industrial complex into a residential and shopping center covering 70,000 square meters will be built on that location. 27 residential buildings and four shopping malls are planned. According to estimates, it is a business worth 200m euros, expressly awarded to a controversial Montenegrin businessman.