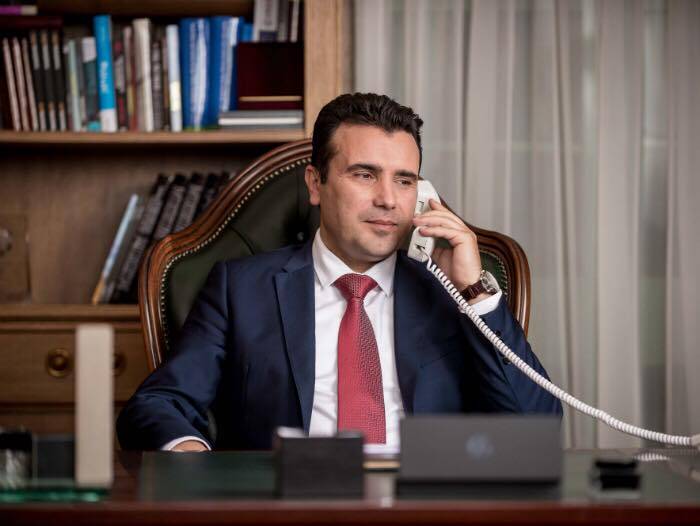 Macedonian Prime Minister Zoran Zaev telephoned Kosovo President Hashim Thaci last evening and apologized for the conversation with the Russian comedians in which he tells them that there is a plan Kosovo’s partition.

Last night I had a telephone conversation with Zaeva which lasted for about 20 minutes, he called me to clarify what he said in the conversation with the people who phoned him. He clearly told me that he was deceived. Allegedly the information about the 10 municipalities that would be given to Serbia is based on rumors and misinformation, as well as data from the Sputnik newspaper and Russian rumors. He apologized to me personally and to Kosovo and at the same time noted that that there was not a single fact, evidence or official information about what he said to the pranksters on the phone, but that everything was based on rumors, said Thaci.

Asked what the relations with neighboring Macedonia will be like now, Thaci said they will continue to be good.

Relations with Macedonia were and will remain correct, Kosovo will continue to strengthen its Euro-Atlantic perspective, Thaci said, Gazeta Express reports.