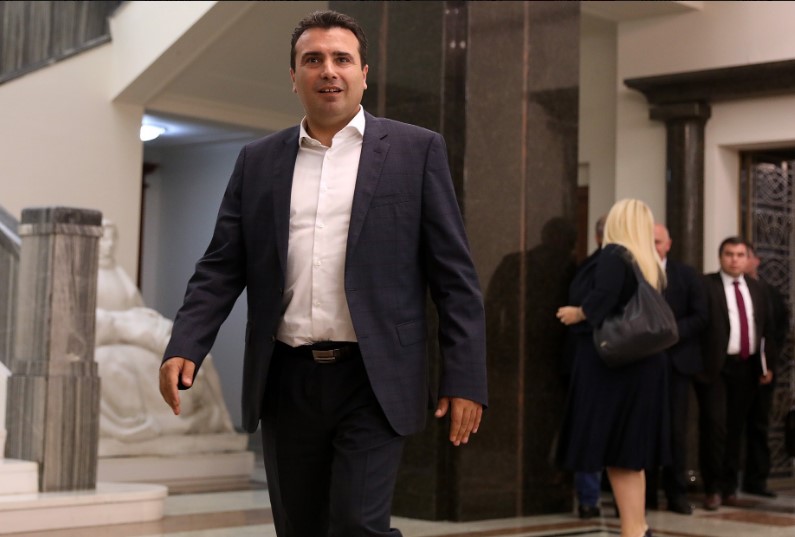 VMRO-DPMNE President Hristijan Mickoski revealed the proposals made by Prime Minister Zoran Zaev during the failed meeting on Tuesday evening which, Mickoski said, shows how the Government wants to maintain control over state prosecutors.

The proposal Zaev made was that a new office for organized crime is set up, alongside the one currently led by Vilma Ruskoska. Zaev agreed that the opposition VMRO-DPMNE party can nominate the head of this office, but demanded that it also includes the 10 assistant prosecutors who worked with disgraced Special Prosecutor Katica Janeva. The Government would also have the right to refuse the opposition’s nominee and eventually appoint its leader from the prosecutors brought over from the Special Prosecutor’s Office, meaning that it would be possible that one of Janeva’s assistants would end up leading the institution despite the credible allegations that the Special Prosecutor’s Office was extensively abused for extortion and racketeering.

The Government would have a great incentive to refuse our proposal and to appoint one from the old SPO staff. In short, we would’ve ended up with a new SPO led by one of Janeva’s deputies, who also had their hands in the cookie jar, a Ruskoska unit that would be a defensive tool of the Government and all that would be coordinated and managed by Ljubomir Joveski, Mickoski said, adding that the proposal would have further entrenched Zaev loyalists across the judiciary.

The opposition leader said that VMRO-DPMNE was prepared to talk about elements of the proposal but that Zaev then re-opened issues which were considered closed in the past, and sunk the talks.

At one point, Zaev protested that if the unit is set up we will bury him in criminal charges. A person who is certain in his honesty and who works honestly has no reason to fear that, Mickoski said.