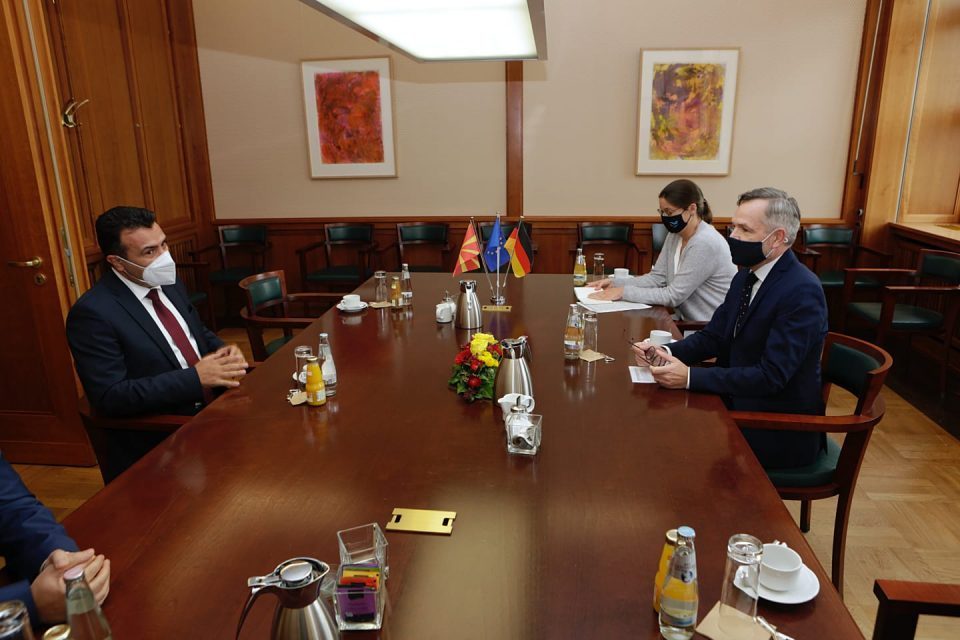 At the meeting, Prime Minister Zaev thanked for the overall engagement of Germany in the European integration of Macedonia and the Western Balkans, especially within their EU presidency and the Berlin Process which resulted in several key agreements and cooperation signed at the Sofia summit which was co-chaired by Prime Ministers Zaev and Borisov.

Prime Minister Zaev stressed the expectation that the first intergovernmental conference with the EU will be held by the end of this year.