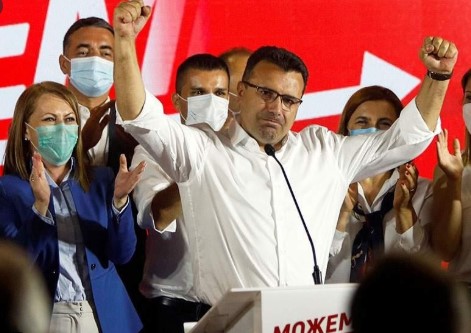 I regret that we cannot say today that an agreement has been reached between the two sides. Discussions will continue in the coming days, said SDSM leader Zoran Zaev after a meeting with DUI leader Ali Ahmeti in the Parliament on Monday.

He repeated that the invitation that Ahmeti extended to the party leaders of the Albanian bloc on occasion of the Ohrid Framework Agreement anniversary has been perceived as pressure, adding that such a meeting could also take place among “non-Albanian citizens”.

I will not go into further comments, I want to give discussions a chance, because political parties representing the non-Albanian citizens in the country could also gather for a meeting. We can do that with representatives of the Bosniak parties, Turkish parties, VMRO-DPMNE etc. If the Ohrid accord is the occasion, SDSM and VMRO-DPMNE should also be present, said Zaev.