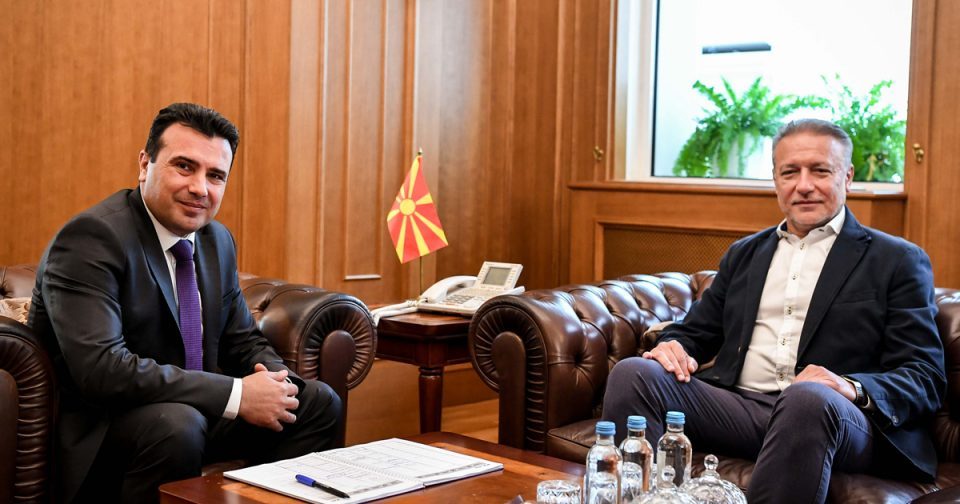 After years of self imposed obscurity, former President Branko Crvenkovski resurfaced today for a rare political initiative on his part. Crvenkovski met with his once protege Zoran Zaev to present the coming conference planned for June in Skopje, organized by the Podgorica club of ex regional presidents.

The goal of the conference and the meeting, Crvenkovski said, is to provide support for the accession of the countries from the Western Balkans to the European Union, with a declaration planned to point out to the negative consequences at national and regional level should this process be delayed, the Government said in a press release following the meeting.

Zaev placed all his political eggs in the name change basket and promised that it would lead to a bright future for what he calls “North Macedonia” in the European Union, but despite the imposed renaming, it is clear that the EU will not allow the opening of accession talks in June, as Zaev expected.

Crvenkovski saved Zaev from a serious corruption investigation in 2008 when he gave him a presidential pardon. Afterwards he helped Zaev take over the SDSM party while he himself was serving his one presidential term, until 2009 when he made a party come-back, but shortly after lost the 2011 general elections and left the party again. Crvenkovski made another rare attempt to involve himself in politics when he publicly championed Stevo Pendarovski as the next SDSM leader instead of Zaev but this attempt failed and the former President and Prime Minister who led Macedonia through the murky years of the early 1990ies with their dramatic economic collapse retreated back to obscurity.