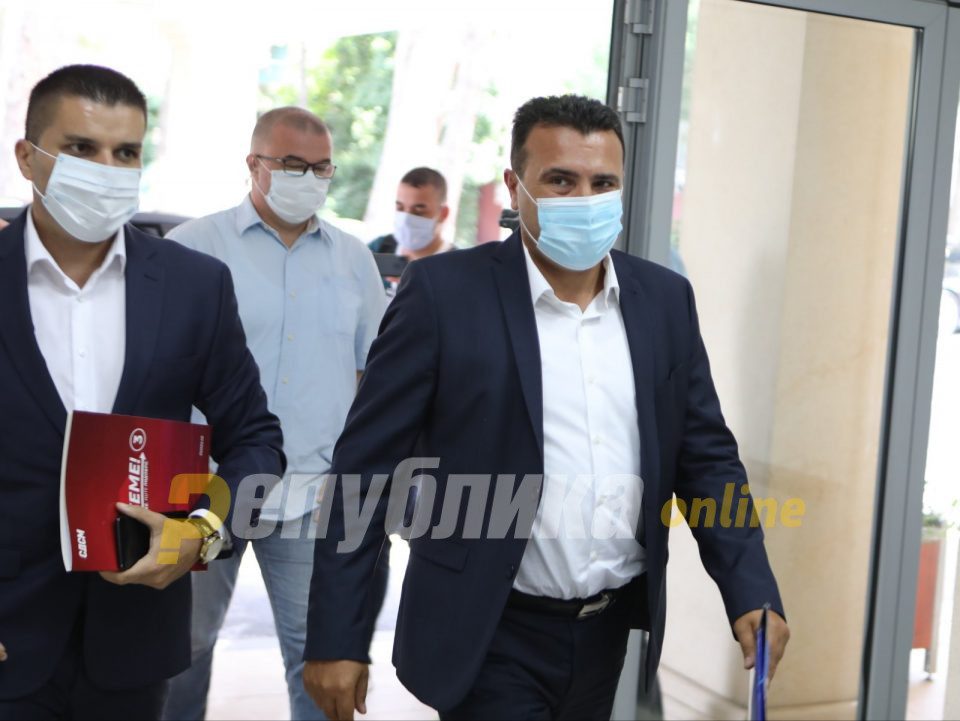 SDSM party leader Zoran Zaev was asked today when he plans to present his proposed cabinet before Parliament, and responded that first the Parliament needs to elect deputy speakers and prepare to add representatives who will replace elected members who will join his Government. Zaev did not give a precise date even as the final deadline he was given by President Pendarovski expires on September 2.

The Parliament must first determine the number of deputy speakers and make some other decisions. it needs to verify the mandates of incoming representatives. Once the Parliament is done, I will submit my proposal, Zaev said.

He did not address the divisions in his DUI coalition partner which prolonged the vote to elect Talat Xhaferi as Speaker and are rumored to affect the coalition agreement. Factions in DUI are pushing for greater share of the spoils in the Government and several of its members of Parliament threatened not to support the Government, which is a worry for Zaev given that at best he would have 62 votes for his SDSM – DUI – BESA – DPA coalition.