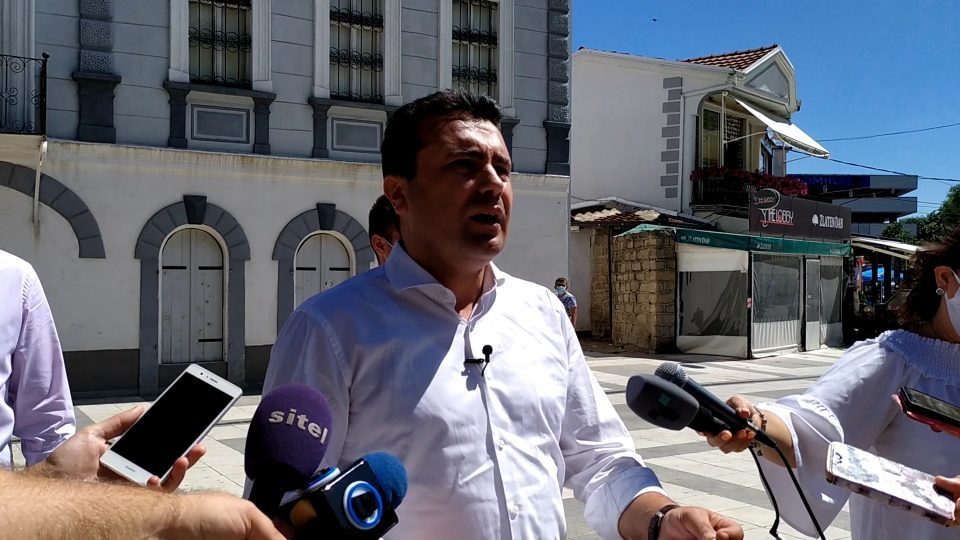 SDSM party leader Zoran Zaev insisted today that his SDSM – BESA coalition will win enough seats to form an outright majority in Parliament, but added that he will expand the coalition to ethnic Albanian parties. The statement comes after the exclusively Albanian parties like DPA, AA and DUI threatened of dire consequences if they are not included in the next coalition, as SDSM tries to also present itself as an Albanian party.

We will enter in a coalition that will ensure a balanced representation of all ethnic groups. but we will not accept blackmail or secretive negotiations, Zaev said during his visit to Prilep.

His current coalition partner DUI demands that the next Prime Minister is an ethnic Albanian, and even conditions its participation in the next coalition on this demand. Both SDSM and VMRO-DPMNE rejected this blackmail, but Zaev, who is directly competing with DUI for Albanian votes, went a step further and proposed a minority Government support agreement to VMRO to keep DUI out. Although days later he said that he would be willing to form a coalition with DUI and/or the Alliance of Albanians.