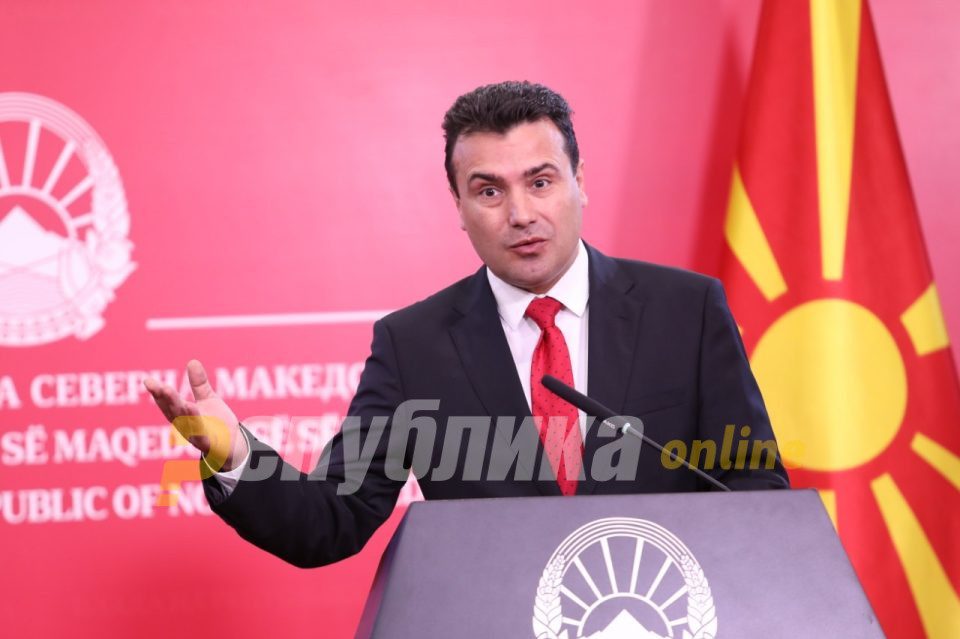 Prime Minister Zoran Zaev released a statement after the latest audio recording in which Bojan Jovanovski mentions his name in a conversation with Orce Kamchev. Zaev demands that the investigation into the “Racket” case be completed as soon as possible, and that everyone should be held accountable, without exception, but also those who plotted the whole affair and now play the victims.

The “Racket” case shows that what we fought for with the citizens, all of us together, is taking place. Justice is on the move. Everywhere in the world, in any country where the government has decisively and sincerely created the conditions to open investigations against anyone where there was the slightest suspicion, it has been difficult and traumatic everywhere. It won’t be easy for us either. It will be difficult and there will be traumas, but only in this way we will be a state where there is rule of law, only in this way we will be the state we all want. I call for a thorough and independent investigation, which must be completed as soon as possible and must show all the details. The outcome of the investigation must lead to taking responsibility, solely in accordance with the evidence and in accordance with the rule of law. There must be accountability for the masterminds and for all those who do their best to safe themselves and thereby present themselves as victims. In the latest tape, some of the suspects mention and abuse my name. Thereby, lies and nonsense are expressed in order for one interlocutor to strengthen his position of power and authority over the other interlocutor. I strongly, categorically and responsibly deny any association, cooperation or communication with the suspect Bojan Jovanovski regarding the “Racket” case and any other matters that are the subject of the investigation in this case. I have only discussed with Bojan Jovanovski the humanitarian activities of his International Association, after which neither I nor the Government have had any further cooperation, either formal or informal. I have also appeared on 1TV interviews, as I regularly appear on all other tv stations and media, in the interest of openness to the public. Once again, I call on all investigating authorities to fully investigate the case and make decisions. The institutions of the executive branch are at their disposal with all their capacity as investigative and judicial authorities. In the past more than two years as Prime Minister, everything I do is solely for the benefit and interest of the citizens of this country. Be assured that the enemies of our country will not succeed by using criminals, manipulators and fraudsters to hinder the success of our country, NATO membership and the start of negotiations with the EU, said Zaev.

It is not photomontage: The Zaev family has a special Christmas tree ornament reading “North Macedonia”