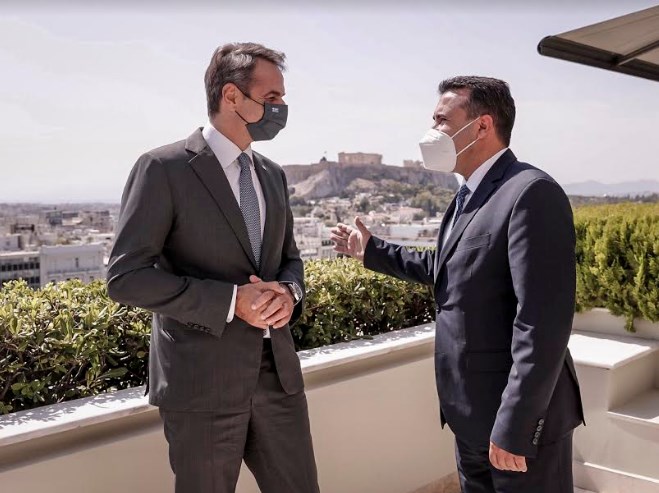 In a TV interview, Prime Minister Zoran Zaev insited that the main focus of his recent visit to Athens was to discuss economic cooperation with the Greek Government, and that the two countries will soon sign treaties for protection of investments and to avoid dual taxation.

But at the same time, adoption of memorandums for cooperation is stalled in the Greek Parliament as the leftist opposition, which signed the Prespa treaty with Zaev, demands that conservative representatives from the ruling majority individually declare their support for these memorandums. “I want your apologies”, said opposition leader Alexis Tsipras, addressing the New Democracy representatives who were opposed to the Prespa treaty, but now accept its implementation.

As Macedonia faces demands for further concessions from Bulgaria, Zaev said that there are no such demands from Greece, except the renaming of the Macedonian Archaeology Museum into the museum of “North Macedonia”. Zaev said that Greece is tapping EU funds to open border crossings with Macedonia in the areas of Prespa as well as Kavadarci.