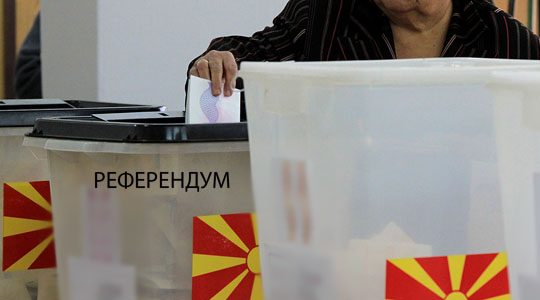 Zoran Zaev held his first press conference after resigning as Prime Minister today, and in it he made a dire warning that a win for VMRO-DPMNE in the upcoming early elections would not only undermine the Prespa treaty, but also Macedonia’s NATO membership. This is the main selling point for Zaev, as his SDSM party is down in the polls both over the imposed name change and the series of major criminal scandals.

The current leadership of VMRO-DPMNE continues to push dangerous ideas to rescind or nullify the Prespa treaty which led us to full NATO membership and to the verge of opening EU accession talks. Are VMRO-DPMNE and Hristijan Mickoski aware what will happen if we rescind or modify the Prespa treaty, which was negotiated over 20 years? It would mean automatic withdrawal of our NATO membership, losing the EU perspective, losing billions in foreign investments and destroying the prospects of future generations, Zaev said.

VMRO-DPMNE takes the position that if it can muster more than 81 votes, it would modify or rescind the treaty, and if not, would postpone the fight to restore the name of Macedonia for when the country joins the EU, removing the second main veto leverage Greece has used in the past against Macedonia. The position is seen as more than moderate, given how detested the treaty is, but never the less Zaev is pushing the notion of an urgent withdrawal from the treaty and losing the NATO membership – which Greece already ratified. The other promised perks of his name change – opening EU accession talks and billions of euros in investments, have failed to materialize so far.

VMRO-DPMNE did not support the Prespa treaty and its officials largely boycotted the September 2018 referendum – as did most of the Macedonian citizens. Barely 37 percent of the population voted in the referendum, and even this number was reached thanks to ballot stuffing in a number of ethnic Albanian villages in the final hours of the vote. The State Electoral Commission declared the referendum proposal as not accepted, but Zaev pushed forward with the name change regardless – blackmailing nine VMRO-DPMNE members of Parliament using politically driven criminal charges against them to force them to vote in favor of the “new name”.

Macedonia should became a full NATO member in short order, as soon as Spain ratifies the accession protocol. The opening of EU accession talks is more doubtful, given the French veto.