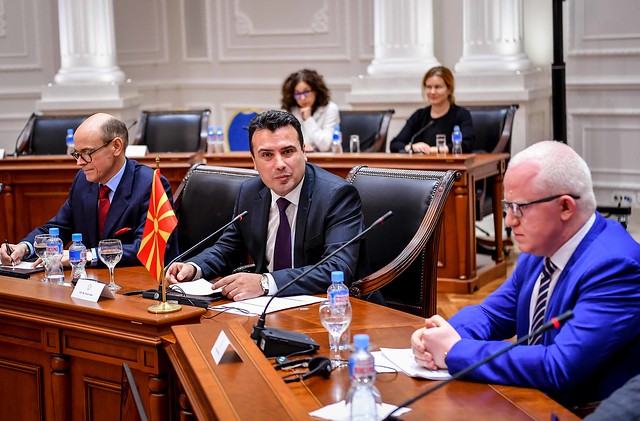 Zoran Zaev justified his decision not to ask the Secretary General of his Government Dragi Raskovski to resign over the allegations of corruption by insisting that Raskovski was a novice in politics. Raskovski was recorded insisting that a procurement contract with the Italian supplier of air traffic control equipment Leonardo worth 7.5 million EUR go forward despite legal issues with the bid, and was also making foul racist comments during a meeting.

I saw absolutely no reason to accept Raskovski’s two offers of resignation. He told me he doesn’t understand politics, comes from the university and that he is prepared to resign if it is politically prudent, Zaev said after being questioned about the scandal in Parliament by VMRO-DPMNE representative Liljana Zaturoska.

Zaev excused away the purpose of the meeting and Raskovski’s very presence there, when he was heard instructing an independent institution, adding that he also met with representatives from the M-NAV agency on the same issue and encouraged them to go ahead with the deal.

On Wednesday, the police summoned two investigative journalists, Ljupco Zlatev and Goran Momiroski, who published the leaked tapes from the meeting. Zlatev said that he was pressured by the detectives to reveal his source. Zaev insisted that this does not constitute an attempt to silence the press and cover up Raskovski’s scandal, but that in fact the police wanted to get to the bottom of the allegations.