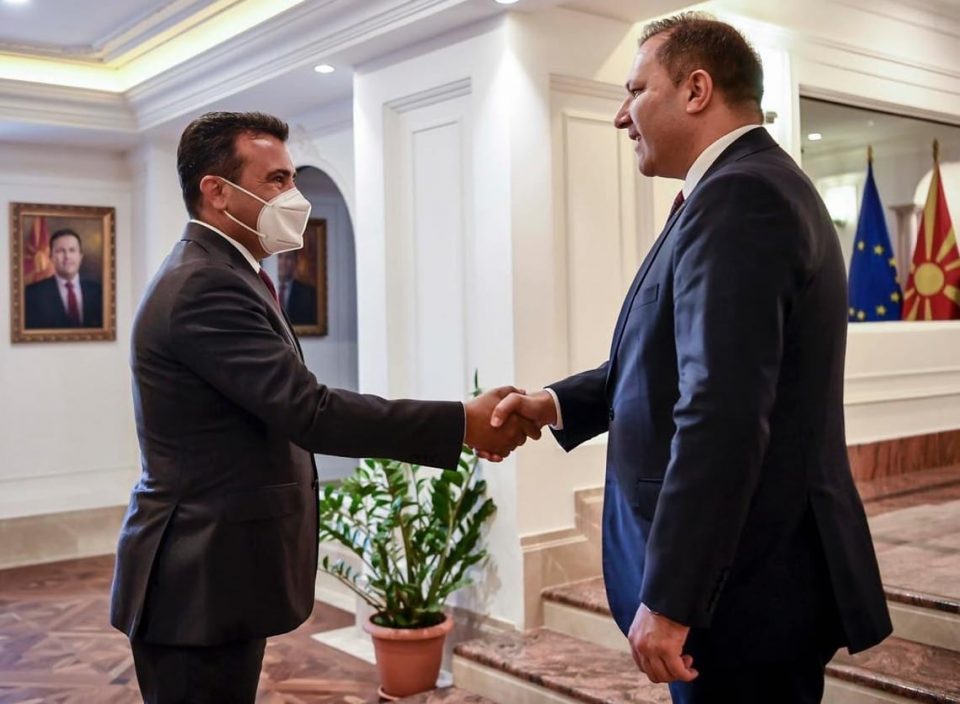 Prime Minister Zoran Zaev fully defended his Interior MInister Oliver Spasovski, who is facing mounting allegations that he allowed the issuing of passports to a number of regional and European mobsters. The opposition VMRO-DPMNE party so far revealed five mob bosses and hitmen operating in Italy, Serbia, Montenegro, Albania and Turkey who were given Macedonian passports under assumed names and Spasovski responded by ordering the arrest of a number of Interior Ministry clerks, who he is accusing of the entire operation.

Zaev was asked today about the scandal, but also about the fact that one of the mobsters, Sedat Peker, was seen meeting SDSM party officials and businessmen linked to Zaev’s party.

I was informed that colleagues from our coalition partners were meeting with him on his request in the Skopje Bazaar and in other places. Nobody can claim they have any blame for this, Zaev said.

He insisted that the Interior Ministry under Spasovski acted professionally and that he is investigating the crime, not covering it up.

People were brought before the court, are ordered into detention and it was revealed that at least 214 citizenships requests were approved with made up identity numbers. The case is successfully analyzed, documented and processed. And if somebody is trying to make a political issue out of this, we will not allow it, Zaev insisted.