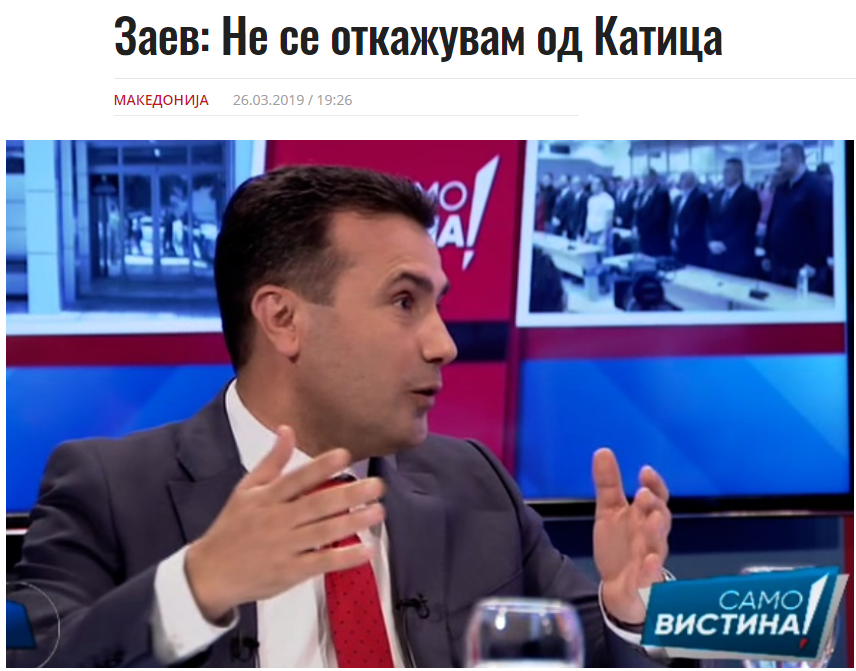 Today’s testimony by SPO prosecutor Lile Stefanova in relation to the “Racket” case undoubtedly takes us back a year to remind ourselves of what happened to the capacity of the special prosecutor, which for the then prime minister was an unconquerable fortress.

I do not give up on Janeva, because she is a capacity, Zaev said to Mickoski in a TV debate, and even asked “whether Mickoski and VMRO will block the future of North Macedonia by protecting crime, whether the country be blocked and the EU negotiations will be lost due to the protection of criminals.”

Soon Zaev questions received a specific answer, and many other questions related to patriotism and Katica were answered to the public.

In March, Zaev insisted that Janeva is the “symbol of the renewed hope in justice” and therefore must stay.

Absolutely not. That is an institutional matter, because, truly, Katica Janeva and her team of prosecutors and investigators worked in a very difficult time and thy were the speck of hope that we will return the rule of law, which we now see is returning in our country. I’m convinced that we must not send out a bad message to those who resisted, persevered and believed in the state, the system, the laws and the Constitution in the bad times, Zaev said.

Zaev stand by his special prosecutor

By the middle of the year, around July, his stance softened, so during the period of the “La Verita” bombs and the Racket affair through Justice Minister Renata Deskoska he sent a message that Janeva was not that important.