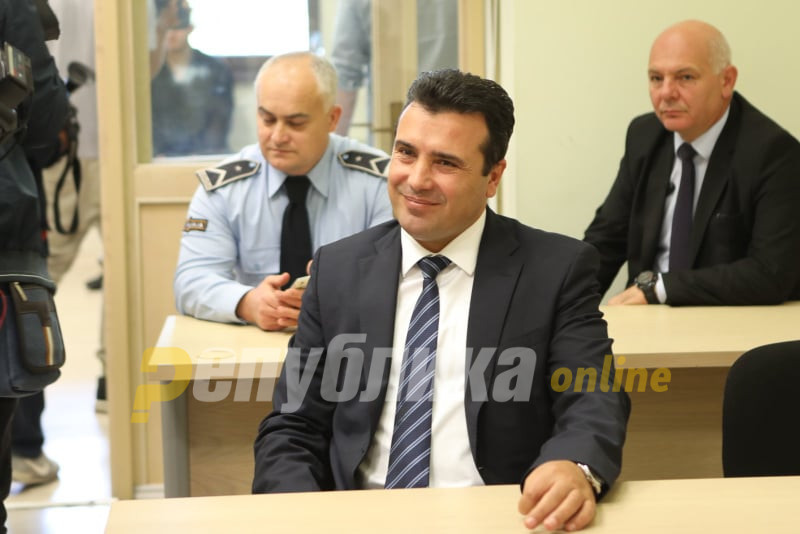 Former Prime Minister and SDSM leader Zoran Zaev testified Monday at the Skopje-based Criminal Court in the trial over the ‘Monster’ case, involving multiple murders at the Smilkovci Lake in 2012.  Zaev said that all the materials that SDSM had in possession and which he had insight into as the party’s leader were handed over to the SPO.

He said that the inspection of the materials shows that there is no complete continuity, ie the people who were employed by the Ministry of Interior could not always obtain copies of those materials and hand them over to the then opposition SDSM.

Did Zaev manipulate with “Monster” case and human destinies for votes?

Zaev confirmed that he had met several times with relatives of the killed boys who wanted to get more information from the “bombs”. At one of the meetings, some parents expressed doubts that the justice system was hiding information and evidence from them. He presented them with the audio material they requested, without giving them a copy.

“Zaev is bigger monster than the killers, and Katica was part of political agreement”, say the parents of the murdered boys near Smilkovsko Lake

As to why not publishing the materials publicly, Zaev said that the only reason was that he did not think there was any completeness to create a complete picture, and therefore decided no to publish everything he had in possession but to hand it over to the SPO, so that they can use them to prove the truth about the “Monster” in the court.