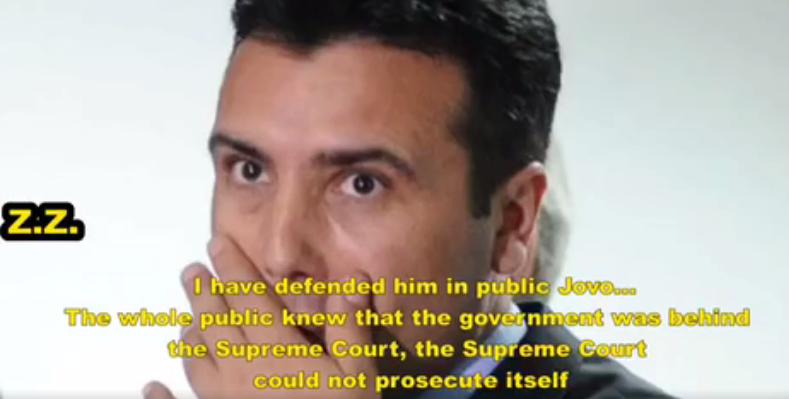 Hear how the head of the racket Zaev buries the rule of law and the Supreme Court, saying he has agreed with Jovo, that they are close “You will see the Supreme Court decision and it happened”.

The audio bomb released by Antonio Milososki shows that Zaev was making agreements with Jovo Vangelovski, chairman of the Supreme Court, to drop certain cases.

He admits that although he has criticized Jove, he was close to him and that Katica Janeva knows the cases will be dropped and that is how she leads the SPO cases.

Z.Z.; What’s important? Katica knows it, knows it from the beginning, .. meaning Jovo Vangelovski was one of the three judges in the Supreme Court, there were three others in the Court of Appeal that were to fall for the escape of Seat Kocan and the escape of this one (Gruevski); and Jovo was returned, I calmed down and I agreed with Jovo. It is true we were close, we are close, I am such a man, first I do not believe that I always have, I should not, that I have always believed. 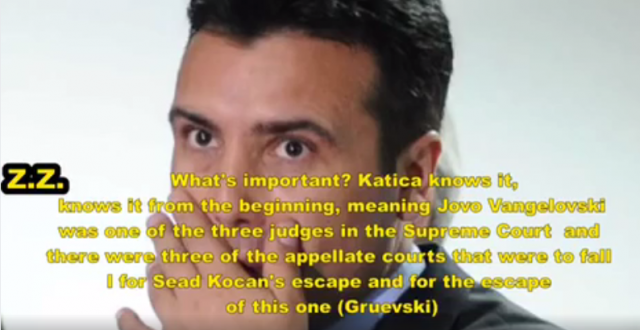 Z.Z.; This is a political battle between the VMRO and the SDS, and this is where it should stop, that is the purpose for the tapes, they crossed the boundaries. Knowing all s, Katica acts in that way, she knows the cases will be dropped. She knows that even if she does not want, she helps, means there is no way back, she is already in the process now.

Z.Z.; I have defended him in public Jovo… The whole public knew that the government was behind the Supreme Court; The Supreme Court prosecute itself.

Meri Nikolova on Ahmeti’s list of MP candidates: They didn’t deceive me, as one person already did