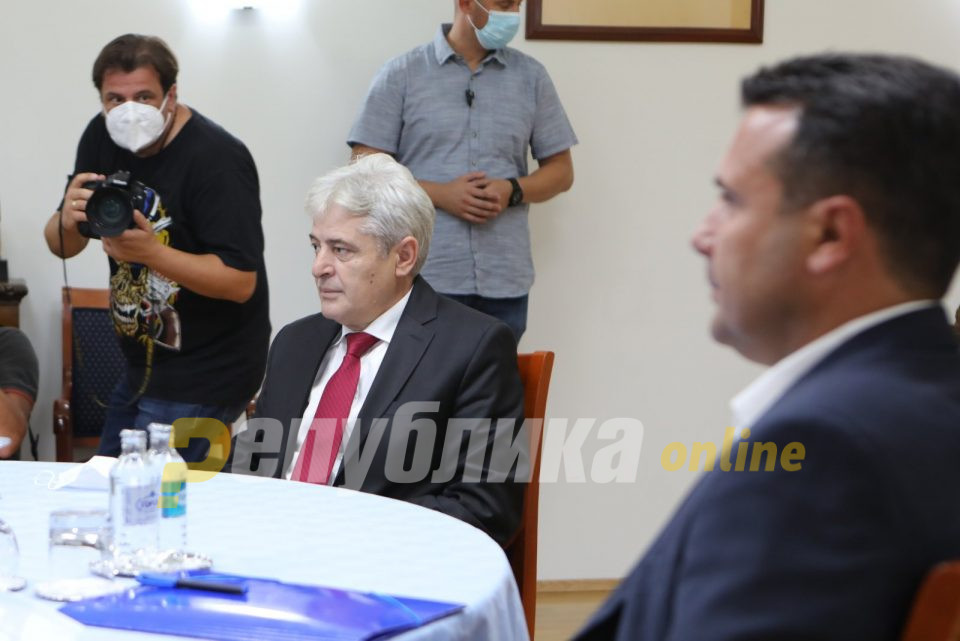 Zoran Zaev tomorrow will inform his coalition partner Ali Ahmeti about his resignation, a senior government official confirmed for TV 24.

The same official says that the announcement Zaev to stay in the Government for another six months, a deadline set by the Bulgarian Prime Minister Kiril Petkov for resolving the dispute with Sofia, will not be accepted by the DUI leader.

Apart from the resignation, which TV 24 has already announced it will be next week, Zaev will also inform Ahmeti about the talks with the smaller coalition partners and about some of the expected staff reshuffle in the new Government.