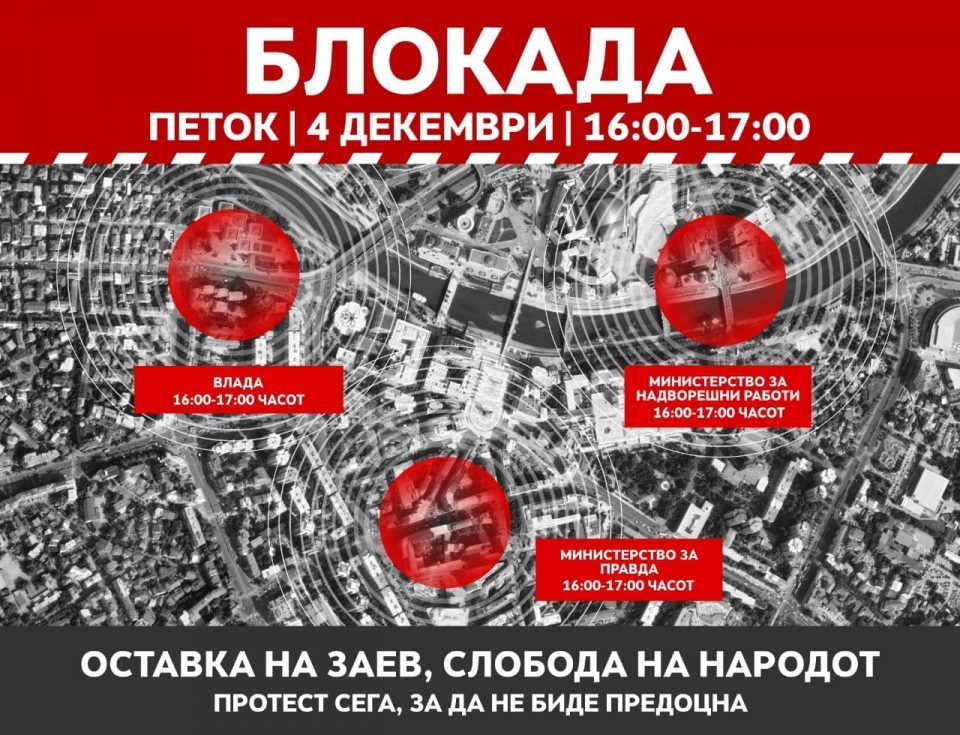 The leader of VMRO DPMNE Hristijan Mickoski announced that anti-government protests will take place in 20 cities across the country from 4 pm to 5 pm on Friday.

Zoran Zaev announced that he would change the history in the textbooks. Zoran Zaev announced that there was an agreement for 3 minutes, and they were about to reach an agreement for 11, but he does not say what the price is for that. Zoran Zaev says a formulation has been agreed for 5 historical figures, not distinguishing between shared and common history. Zaev trades with identity, language, history. The people are waking up, protest now before its is too late. Tomorrow, a protest in 20 cities throughout the country and a blockade in front of the building of the Government, the Ministry of Foreign Affairs and the Ministry of Justice!, Mickoski wrote on Facebook, after the end of tonight’s protests downtown Skopje.