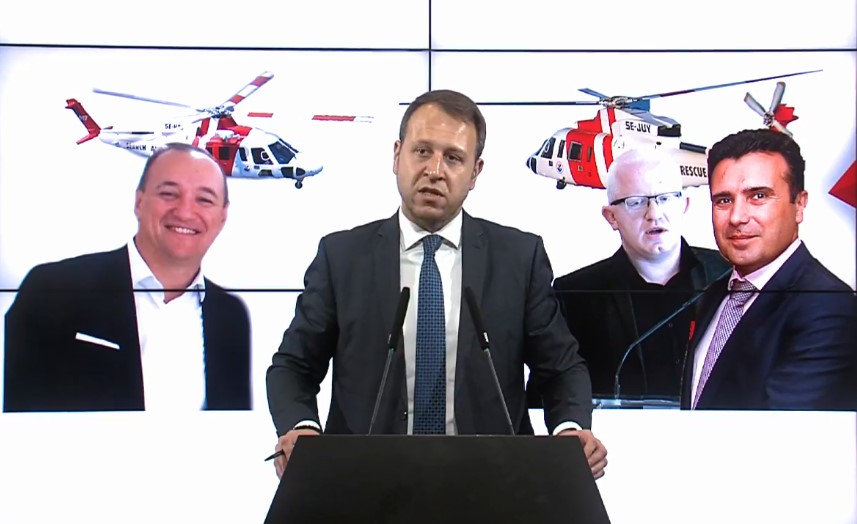 The outgoing criminal-racketeering government prepares yet another robbery worth tens of millions of euros, VMRO-DPMNE Secretary-General Igor Janusev warned Tuesday, speaking at a press conference on new fraud related to the project for air medical services.

The main government player in the public-private partnership agreement is Zoran Zaev’s right-hand man, Government Secretary-General Dragi Raskovski, and on the other hand stands certain Sasa Dzakovic, who registered the firm in the Republic of Macedonia 24 days before the government issued the public call. Even the company that won the contract was registered 24 days before the ad was published, bearing exactly the same visionary name as Zaev’s project – SARHEMS, Janusev said.

He urged it to explain all the details of the deal, but without Zaev’s lies that this deal would have cost the citizens nothing.

The truth is that it will cost the citizens too much. There is great doubt that the whole project is based on a controversial and at least scandalous feasibility study. According to our information, this study is done by a certain professor, a mechanics expert. The question immediately arises: What is his expertise in aviation and what experience does he have in the field? In that study, the contract price proposed is EUR 9 million per year for a minimum of 8 years. So it is not a matter of several thousand euros, but of 72 million euros that Zaev is trying to hide, Janusev said.

Janusev added that what is even more outrageous is that it is not known exactly what they are paid for, nor where they will be paid from.

Janusev: No backing down, we will fix Macedonia!