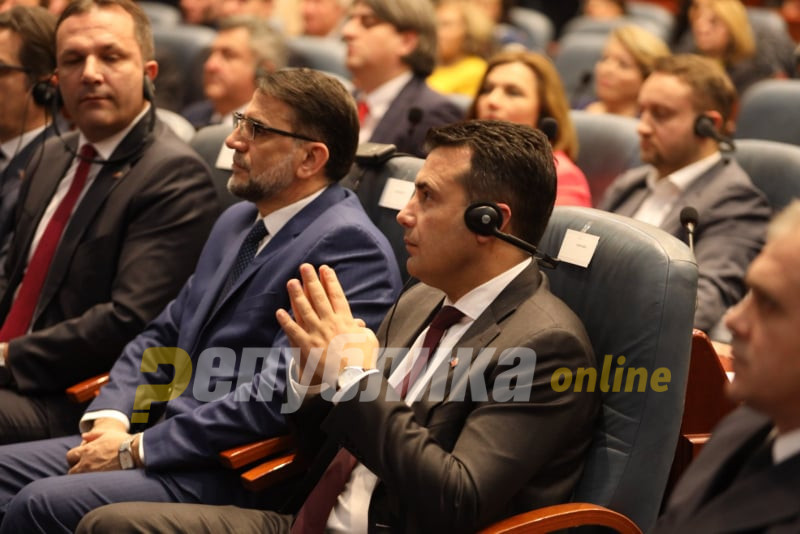 VMRO-DPMNE’s Hristian Mickoski, said Thursday on TV Alfa’s “Sto ne e jasno” show that the PPO law continues to be forced,, as it does not suit the legislature.

Mickoski pointed out that through the Law on Public Prosecutor’s Office, former Prime Minister Zoran Zaev is trying to escape responsibility by not being held accountable for his crimes.

And this is what is disappointing today on the Macedonian political scene. But this is expected of us because in the direction in which things are going, Zoran Zaev practically sees salvation for himself and for the responsibility after April 12, said Mickoski.

Mickoski emphasized that what happened in Parliament today looks nothing like a legislature.

Every vote is traded, people are pressured, threatened, blackmailed. That is, the government is looking for a way to get more votes. Why is this happening? Because it is not because of the quality of the law, anyway this law should be effective after June 30, 2020. It will not become effective immediately but in more than 4 months, said Mickoski.

Today at 18:30 h citizens in seven cities throughout Macedonia protested with car convoys against crime, corruption, injustice and persecution carried out by the government led by SDSM. There are mass protests in Skopje, Veles, Ohrid, Kumanovo, Prilep, Stip and Bitola.
Macedonia 20.10.20 | 19:24