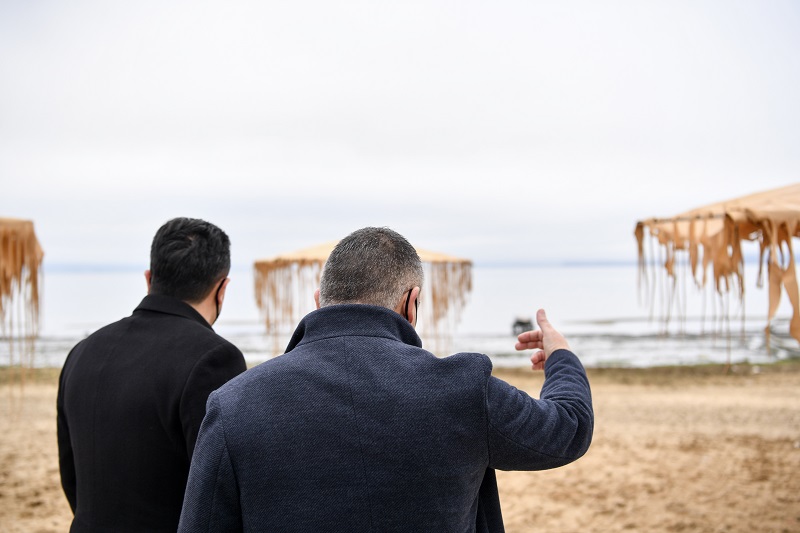 Prime Minister Zoran Zaev visited lake Prespa today, and declared that he will help restore the badly receding waters and reverse the on-going environmental disaster. Zaev blamed the situation on climate change, rather than the abuse of water resources for energy production, which is widely blamed for the even worse state at a number of other lakes.

The first step was be to begin studies and gather recommendations, meet with stakeholders…, and it’s largely completed. We also need initiative from the neighbors, so that the three countries that share the lake give new dynamism to fully protect the lake, with help from the European Union, Zaev said. 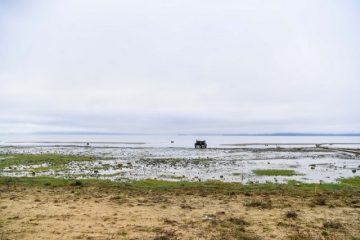 The lake was the site of the signing of the eponymous treaty that Zaev signed with Greece, to impose a change on the name of Macedonia and to begin redefining the Macedonian national identity.

During the visit to the region, Zaev also went to the village of Ljubojno, for a photo-op with the dilapidated Dimitar Vlahov school, considered the second school to teach in the codified Macedonian language. 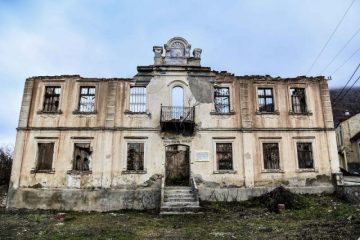 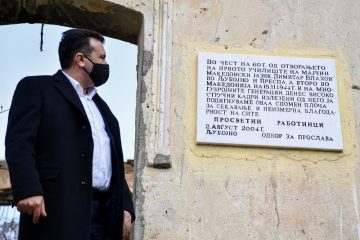 I always return to Ljubojno with particular glee, as we work on creating a center for the care and promotion of the Maceodnian language in this old school. The initiative was created on the second anniversary of the signing of the Prespa treaty and the 76th anniversary from the founding of this school, Zaev said.

Zaev is currently under pressure from Bulgaria to accept a long list of demands, which include declaring the Macedonian language as a recent invention, or a mere dialect of the Bulgarian.