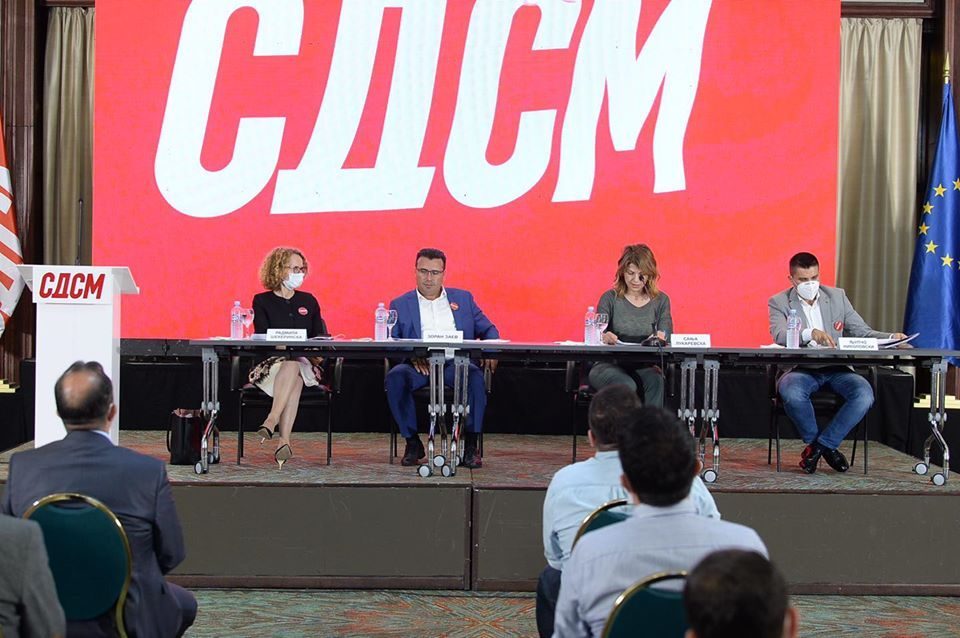 Netpress reports that Zoran Zaev is preparing a direct vote for party leader in April, where he hopes to entrech his position and the position of his Strumica based “rural wing” against the rival “urban wing” of the party.

The news site reports that Zaev wants to change the party statute in autumn, introducing a clause that the leader will be elected by a vote of all party members, but also to allow the Secretary General – his loyalist Ljupco Nikolovski – to be part of the executive. Nikolovski was appointed Deputy Prime Minister despite a clause preventing him from working in the executive – earlier he resigned as Agriculture Minister to become Secretary General of the party. His return to the Government was part of Zaev’s plan to solidify the position of his closest loyalists, such as Interior Minister Oliver Spasovski.

Receiving the mandate of the party membership and increasing the number of his loyalists in the Government will make Zaev stronger against the Skopje based “urban wing” of the party, which has been kept loyal to him by Radmila Sekerinska. The two factions are excepted to clash next year over the municipal elections, where they have different favorites for several key municipalities. One of them is the main prize in the elections – the position of Mayor of Skopje – which is currently held by Sekerinska’s loyalist Petre Silegov. Netpress reports that Zaev wants to have the Mayor of Centar Sasa Bogdanovic nominated instead. A recent incident when the head of the roads utility company Senad Smailovic was arrested carrying cocaine was seen by some in the party as a “set up” meant to weaken Silegov in the run up to the elections and make it easier for Zaev to nominate a different candidate.