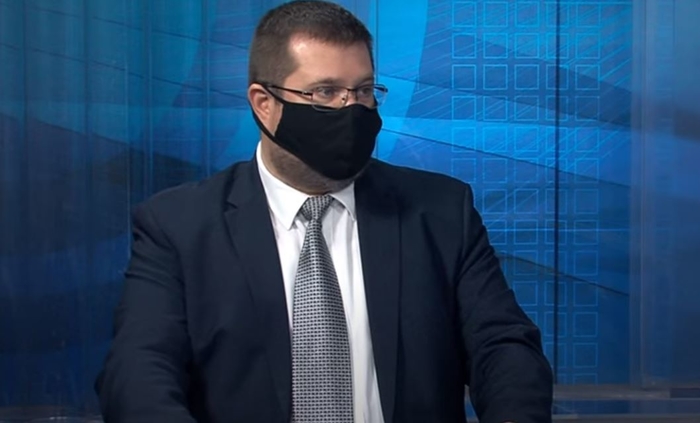 The Russian Embassy in Skopje confirmed that the Zaev Government was not interested in obtaining the Sputnik coronavirus vaccine. The revelation comes as it becomes clear that Macedonia will lag far behind other countries in the region in obtaining the vaccine, likely until the spring of 2021, and will rely on the kindness of neighbors such as Bulgaria until then.

At the beginning of fall we offered the Macedonian Government to get in touch with the Russian fund for direct investments and to negotiate about direct purchase of the Russian vaccine. Healthcare Minister Venko Filipce responded that the contact person for this will be Aleksandra Grozdanova, head of the National immunization committee at the Ministry. Professor Grozdanova was given all the necessary contact details, and a letter from the Russian fund, but unfortunately there was no response, said Russian embassy economic adviser Vladimir Hrisanfov during a Sitel TV interview.

The Russian official said that the vaccine was purchased by Bosnia, Hungary, Brazil, Argentina, India, Indonesia, Egypt, Mexico and many other countries, and is also being produced in India, Brazil and China.

Neighboring countries are already receiving their quantities of the Pfizer vaccine, but Macedonia is left out of the initial supply and Zaev and Filipce acknowledged that it may be March before we receive any of the vaccines. During an interview this evening, Zaev said that there is an option to receive some vaccines from Bulgaria and Greece earlier, and the country will pay for these. He said that he is open to talking with the producers of the Sputnik vaccine, despite the lack of interest noted by the Russian Embassy.
Opposition leader Hristijan Mickoski said that most neighboring countries are already beginning to inoculate their priority categories but Macedonia will e left to wait until the spring.

A basic role of a Government is to provide the vaccines, not leave its country among the last who get them. We may be left to wait until May, even June, having a 1,000 new cases each day until then. The numbers are slightly dropping now, but that’s because the testing is being reduced. We have between 20 and 30 who tragically die each day and we are going toward 100,000 infections and thousands of deaths, Mickoski said.