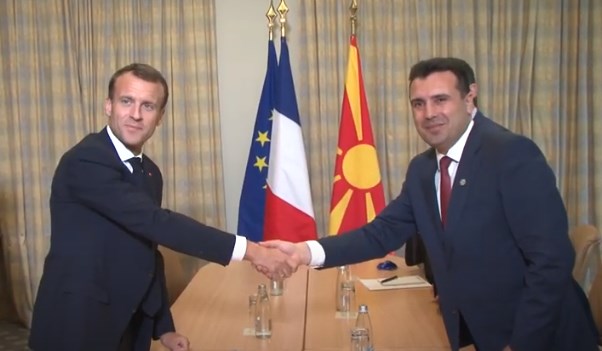 During an SDSM party event in Valandovo, Zoran Zaev insisted that he is a highly respected leader in Europe and the world, and that top foreign statesmen “take notes” when he speaks.

We are a smaller country, but they listen to us, take notes of our positions and recommendations for NATO policies, Zaev insisted, adding that Macedonia has the same vote rights in NATO as the other member states.

Zaev also claimed that the world referred to Macedonia as FYROM before he signed and imposed the 2018 Prespa Treaty. The term, an abbreviation of “Former Yugoslav Republic of Macedonia”, was in reality used only by Greek nationalists while most of the world used Republic of Macedonia in bilateral relations and the full reference name for multilateral purposes.