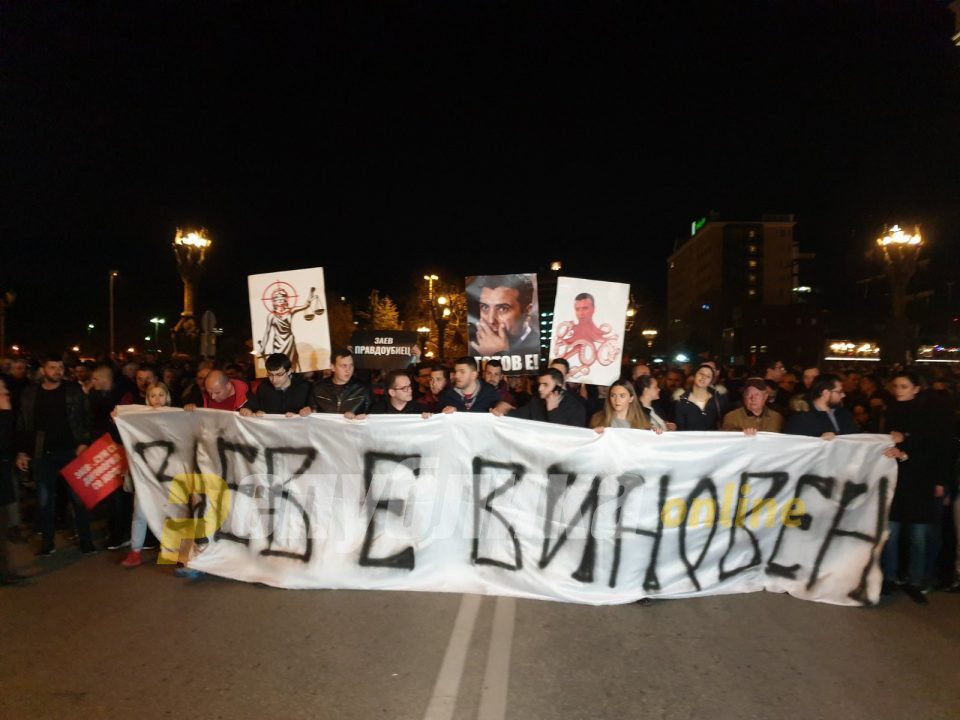 Zoran Zaev is the head of the racketeering gang that for three years ravaged the Macedonian state, VMRO-DPMNE said in a press release.

Zoran Zaev destroyed the legal system in the country. From the position of Prime Minister the decisions of the Supreme Court and Katica Janeva, who as the then head of the SPO worked in coordination and under Zaev’s order. In this way, Zaev threw the state into the abyss. Zaev must be held accountable for this abuse of office. He must be held accountable before justice. The prosecutor’s office should summon Zaev for questioning about the tape that appeared in public where it is clearly heard that he was ordering verdicts, and not protect him and hide him. Ruskovska was involved in politics rather than in law. She herself boasted that she attended protests organized by the SDSM. The courtroom is now doing its best not to reveal who the octopus’s head is, the party said.

The party adds that Ruskoska’s main mission is to keep the names of Zoran and Vice Zaev from being heard in court, not to be questioned and not to end up behind bars.

After April 12, Macedonia will be a legal state again. All those who broke the law and those who have defended the crime instead of prosecuting the criminals will be held accountable, VMRO-DPMNE said.