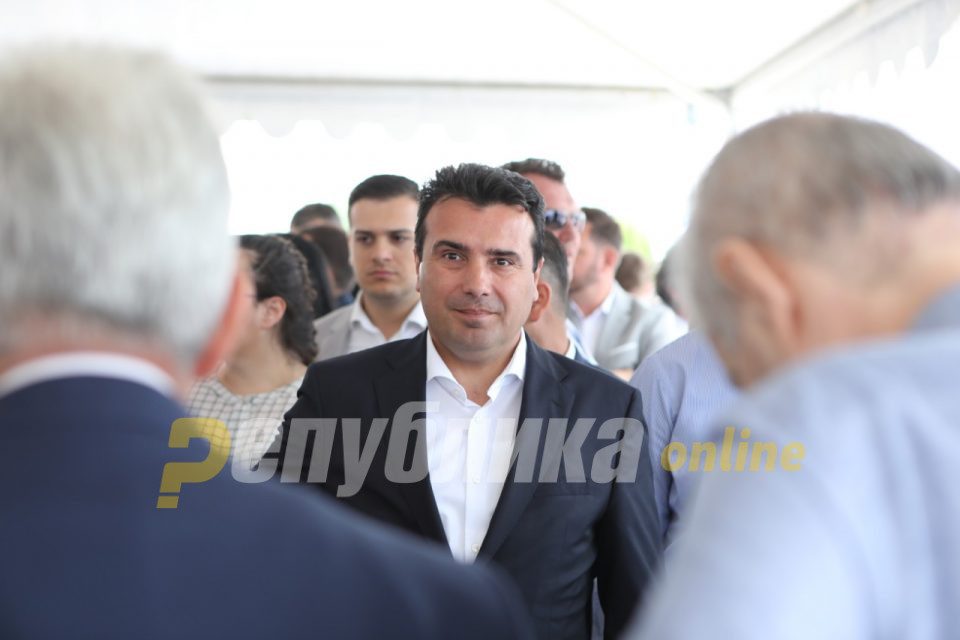 Zoran Zaev confirmed that he wrote to the Russian pranksters Vovan and Lexus after realizing they’ve been secretly recording their phone conversations while pretending to be Ukrainian President Petro Porosenko. Zaev told Klan TV that he received a mocking comment from the pranksters that he “fought like a lion with your enemies at the press conference”, referring to Zaev’s red faced appearance when he accused the comedians of attempting to undermine Macedonia’s NATO accession on behalf of Russia, a statement Zaev took back today.

About-face: Zaev and Ambassador Bazdnikin agreed the prank is not the work of the Russian Federation

I wrote back with a message, telling them I’m an honest man and that they shouldn’t joke with honest people who honestly serve their country and their people. Somebody maybe lives out of this, I know those people make money from this, they collect money from Youtube, I understand that, but at the same time we have our reputation and honor and it is not proper to toy with someone’s honor and reputation, Zaev said.

In an interview with Republika, one of the pranksters, Alexei Stolyarov, reminded Zaev of his own history of abusing illegally recorded wiretaps to further his political goals.

He used such tactics. We are also using them, but we did not tap him talking with other leaders. We just published our conversation with him, we did not use any special machinery, we just published our conversation with him. He pretends to be a smart politician, and he should be prepared for any provocation. Zaev himself used dirty tricks, in our conversation he talks about corruption, for various other things. It tells you that he is not really clean. It was not our goal, but Zaev showed his face. I would not like to say if he is right or wrong, but he showed who he is. He did not present himself in a very good light, at least according to me, maybe his voters would think differently, said Stolyarov.