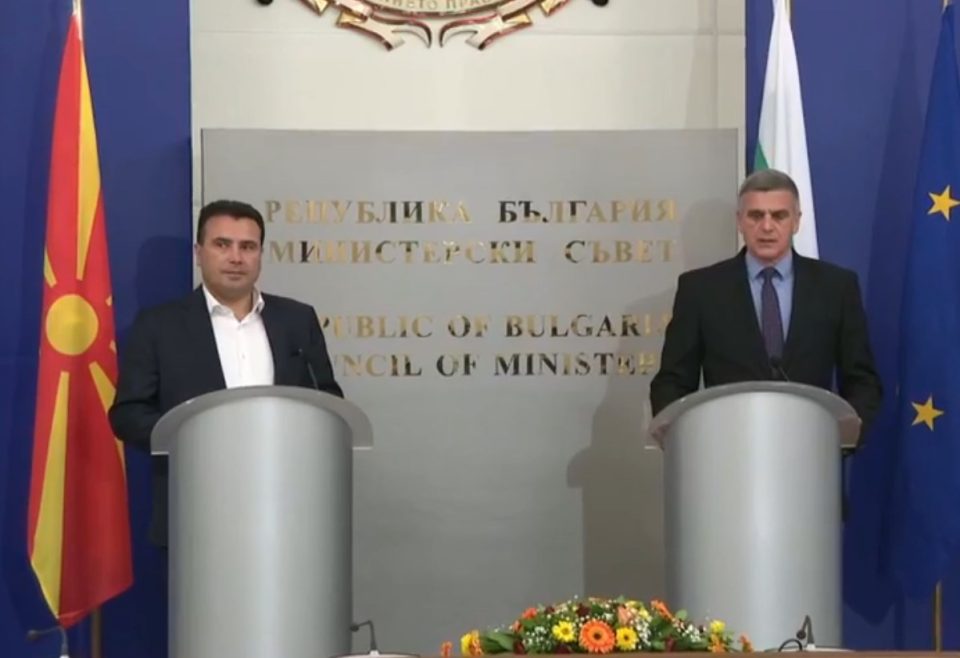 We are together in good times and in bad times, we are immediate neighbors, I consider them our brothers, and we should always be there for each other. This tragedy will have a positive effect on the relations of our two countries, because we help each other and the institutions work together. This is the message of the nations on both sides of the border – we are here for each other for better or worse, Prime Minister Zoran Zaev said Tuesday at a joint news conference with Bulgaria’s caretaker Prime Minister Stefan Yanev.

Zaev started the news conference by expressing condolences over the loss of lives in the two countries after nine people were killed in a fire in a retirement home in Bulgaria on Monday.

He said he was first informed about the accident by Stefan Yanev himself after which he also spoke to President Rumen Radev. Upon learning about the tragedy, Zaev said he left for Sofia together with ministers Bujar Osmani and Venko Filipche.

Our cooperation is at a high level. The institutions trust each other enormously and this is how we will serve the citizens best when we will announce all the necessary information about the accident. I wouldn’t comment on what had caused it because it is up to the experts to do it, it is the right way, Zaev stressed.

Also, he revealed he had visited the seven nationals admitted to the hospital in Sofia noting they are in good health.

Bulgarian PM Yanev said that tragedies are what make people compassioned regardless of their nationality.

Today is a special day, a day when the Bulgarian people are dealing with two deadly tragedies, yesterday’s incident in the village of Royak, where nine Bulgarians were killed. The incident is being investigated. Only hours later, a fresh tragedy occurred today, he stated.

Regarding the bus accident, Yanev said that the authorities in Bulgaria and Macedonia are coordinating themselves, adding: “We hope that we will learn a lesson from the investigation that will protect us from such incidents in the future.”