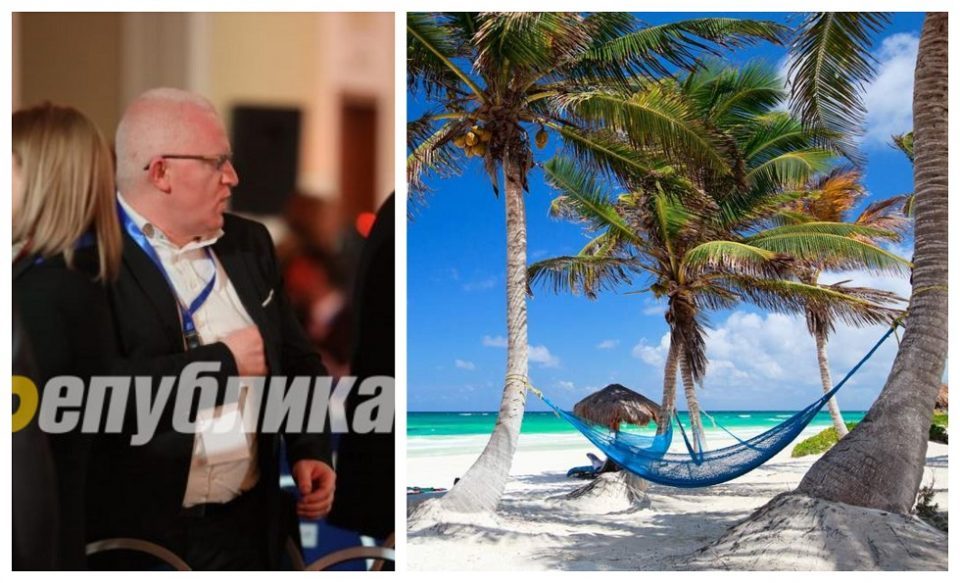 Zoran Zaev’s scandalous adviser Dragi Raskovski confirmed that he went to Mexico with his family, but insists that he didn’t leave the country and is merely on vacation in Yucatan. His departure caused a major controversy as it comes just days after he was implicated in a new major scandal – having instructed the Interior Ministry to purchase a useless piece of software he himself developed for 80,000 EUR.

Media outlets quoted employees at the Skopje airport that Raskovski was shepherded through the VIP lounge with his family and children, carrying a lot of luggage. “He travels a lot, we don’t know if he is fleeing or just another trip”, an employee was quoted.

Hours later, Raskovski spoke to a pro-Government news site and confirmed that he is in Mexico. “We will be here until the end of the month. It is my wife’s birthday, I haven’t been on vacation for three years”, Raskovski said, adding “why would I flee?”

Last year, Raskovski was implicated in the sale of real-estate to a controversial businessman from Montenegro who, a leak showed, paid good money just to meet with Raskovski and Zaev. Previously, another audio leak showed him instructing an employee of the air traffic control company to purchase radars from the Italian Leonardo company, even after being told that their offer is faulty. And an anti-corruption investigation was ordered after he was trying to advance a grossly overpriced contract for helicopter medevac services, meaning that the software scandal is just the cherry on top.