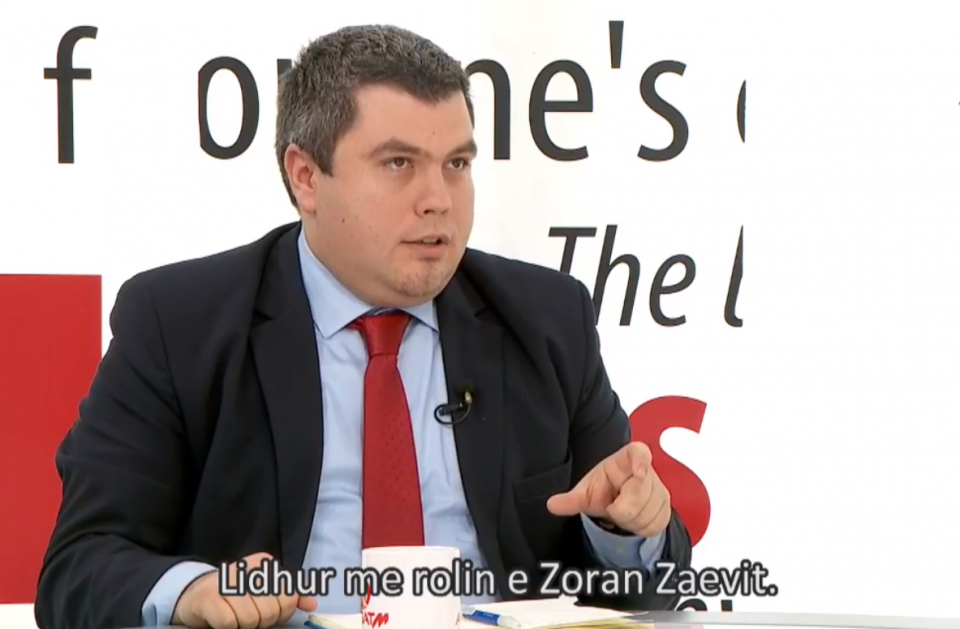 Zaev owed his position as Prime Minister to former Special Prosecutor Katica Janeva, who is now charged with high level corruption in the Racket scandal, and also had a relationship with the other two defendants, Bojan Jovanovski – Boki 13 and Zoran Mileski – Zoki Kiceec. During the scandal, faced with the extensive evidence of his close relationship with the main suspects, the former Prime Minister insisted that as soon as he realized what was going on, he reported the scandal to prosecutor Vilma Ruskoska.

But today, his top adviser Bojan Maricic revealed that Zaev’s first instinct was to warn Boki 13 that he is being placed under an investigation. Maricic was asked about Zaev’s actions after businessman Jordan Orce Kamcev reported to him that he is facing extortion from Janeva and Boki 13.

There were two messages that clearly state what Zaev told both Kamcev and Boki 13. He told them that he won’t justify their actions and won’t participate in the case, and they will have to prove their innocence before the court, Maricic said. So far, so good. But then the journalist asked:

This is all good and well, but he first talked to these two and then called prosecutor Ruskoska to report the case.

That is correct, Maricic replied.

While he probably thought he was doing well and protecting his boss, Maricic’s statement actually confirms that Zaev informed Boki 13 that he is now placed under an investigation, the Infomax news site observed. This, obviously, allowed Boki 13 to cover up his tracks, possibly destroy evidence organize a push back, using the help of Janeva’s then still considerable power.

This was common knowledge by now. Kamcev said that after he reported the case to Zaev, he met with Zoran Mileski who by then already knew that Kamcev spoke to Zaev and that a case is being formed in the state prosecutor’s office. Kiceec also testified that he was informed by a third party that the case has been reported to the prosecutors. This clearly shows that the criminals were tipped off by Zaev that Kamcev is reporting them. But this is the first time someone from Zaev’s inner circle confirms this version of events.