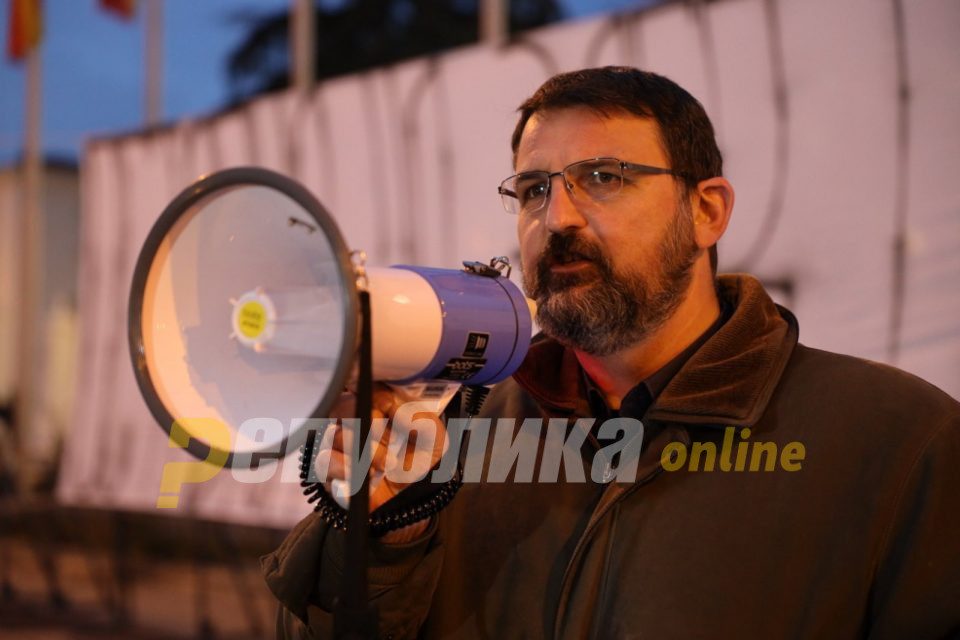 The policy of concessions and silence against threats coming from Bulgaria led to the latest escalation, when the Bulgarian President Rumen Radev announced that he will activate the intelligence and security services against Macedonia. This is a subordinate, anti-national, colonial policy of succumbing to foreign interests, said VMRO-DPMNE spokesman Naum Stoilkovski, after the latest twist in the crisis with Bulgaria.

President Radev reacted after an association of Bulgarians in Bitola sent a letter to the Bulgarian authorities, insisting that they face discrimination and persecution in Macedonia. Radev, who is involved in the narrowly fought election campaign in Bulgaria, said that he will use the resources at his disposal, including the Bulgarian intelligence and security services, to investigate and act on the allegations. This move was timidly condemned by President Stevo Pendarovski, and according to Stoilkovski, the policies of appeasement pursued by Pendarovski and Zaev led to this escalation.

Their silence and supplication toward the threats from the Bulgarian President Rumen Radev are humiliation for the whole of the Republic of Macedonia. With their subordinate policy, Zaev and Pendarovski left it to Radev to interfere in Macedonian internal affairs, even referring to Macedonia as the “state along the river Vardar”, as if it were an undefined territory. And while Radev is convening his security and intelligence officials to prepare for action to protect the Bulgarian minority in Macedonia, Zaev gave up on the Macedonian minority in Bulgaria with one signature, Stoilkovski said.