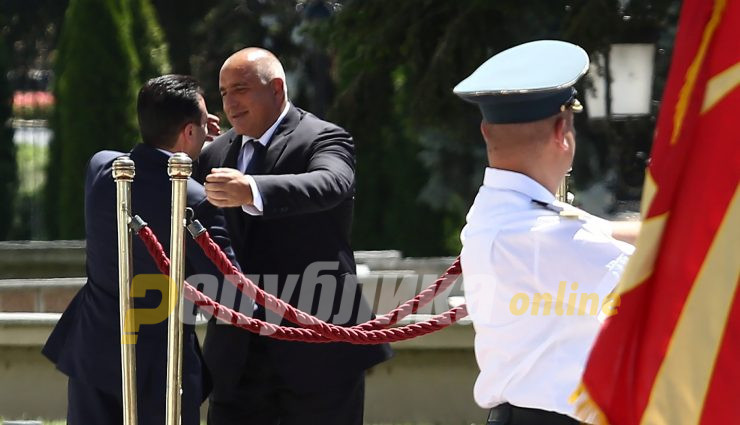 Did today’s meeting of the joint historical commission with Bulgaria confirm that the Prime Minister Zoran Zaev is negotiating over the identity, although he persistently denies it. Dragi Gjorgjiev, chair of the Macedonian team in the commission, confirmed that there was no progress in today’s negotiations, and the “obstacle” was the adjective “Macedonian” and the historical figure Tsar Samuil.

According to the Bulgarian colleagues, the use of the adjective Macedonian is completely limited regardless of how it is interpreted and how it is written by us. Unfortunately, this remains the problem with the adjective, it is discussed at a higher level. Regarding the work of the commission, the textbooks were discussed, the main remark was over Tsar Samuil history and here we did not reach an agreement, the main problem is that multiple perspective is avoided in the textbooks and the idea to impose only one view resulted in failure to achieve results. Variants were considered, but it turned out that we have conflicting views on how to write recommendations to governments, and what future textbooks should look like in both countries, here we speak different languages, said Gjorgjiev.

Zaev said yesterday that the joint historical commission has already made progress and the change of textbooks will begin next year.

It seems that there is neither progress, nor is it true that no one is interfering in the Macedonian identity.

Angel Dimitrov, the chair of the Bulgarian team of the commission, says that the result is zero and accused of political interference.

It is clear that some essential things for which we had signals, today’s meeting confirmed them, one of them is related to political and essential and established practice, our colleagues refused to sign the minutes and are trying to put Macedonian, and that is not in line established practice. We have two meetings without minutes, without a document for discussions and decisions, things seem uncertain and they say they have no desire to work with results. Our observers say that this is a political attitude to discredit Bulgaria and the state positions. As for the essence, there is a zero result, it indicates something else, there is constant talk from Macedonia that the commission rejected three periods in its work on textbooks, besides the ancient history, the Middle Ages is mentioned and even the early period of Ottomanism. We are very far from completing the work on the textbooks. Our remarks were on 14 points, we are on point 4 on Tsar Samuil which ended without a result. There is a deviation from the text determined by the two governments, for a common celebration. It does not indicate an agreement that needs to be implemented, Dimitrov said.

It was added that Goce Delcev was briefly discussed and that topic has not been seriously considered yet.