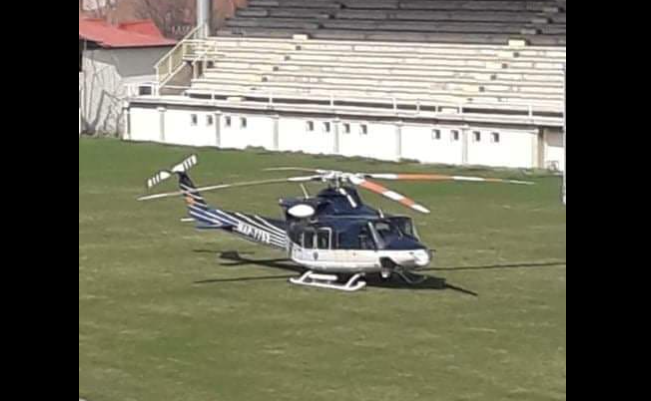 The decision by Prime Minister Zoran Zaev and his Healthcare Minister Venko Filipce to take a police helicopter for their visit to Prilep caused outrage in the public. Zaev insisted that the Government members were too busy and had to make the best of their time, so they decided to take the helicopter, instead of the two hour car ride.

(Serbian President) Vucic provides us vaccines while Filipce rides a helicopter, one Twitter user commented, noting how Filipce and Zaev failed to provide almost any vaccines independently until this week, and Macedonians had to go to Serbia looking for shots. Zaev and Filipce are known for the joyrides they take together, usually with motorcycles and off-road vehicles, but this is the first time they have gone airborne when they could have easily taken a car.

Zaev defended the move saying that the helicopter pilots have a set amount of training time they need to spend in the air each month and that this trip was included.But many in the public noted that over 300 people from Prilep died of the coronavirus, and the army and police helicopters were never used for quick transport of patients to Skopje – only of Government officials.

Many also drew a line between Zaev’s strong criticism of former Prime Minister Nikola Gruevski, who had an armored Mercedes purchased for visiting foreign dignitaries, but also used it occasionally, and Zaev’s behavior now, when he is in the Government, and has gone from luxury cars to helicopter rides.

The road from Skopje to Prilep is difficult, as it passes the Pletvar mountain pass and a lot of rugged terrain between Prilep and Kavadarci. Zaev’s Government cancelled a contract to build a new, modern expressway to Prilep that was put in place by the Gruevski Government and was supposed to be built by now.