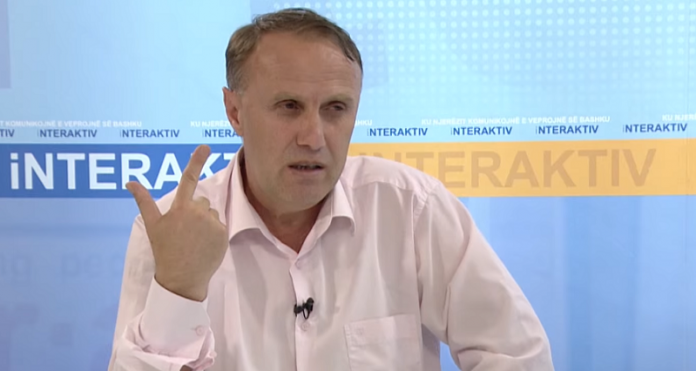 Former UCK terrorist commander Xhezair Shaqiri – Hoxha, who Zoran Zaev appointed as adviser but had to ask him to step down due to public outrage, is back in the news after he publicly praised the terrorists who killed eight Macedonian police officers in the battle of Kumanovo in 2015.

Shaqiri, who was one of the commanders of the terrorists NLA/UCK group during the 2001 war, was speaking to a Kosovan TV station when he made the statement.

I’m proud of them, they were my comrades and they fought like lions. They were betrayed and yet fought to the end, like befits heroes, Shaqiri said.

Ten of the terrorists were killed, and the Macedonian forces suffered significant casualties since they were forced to go house to house in the fighting, to avoid civilian casualties. The surviving 30 terrorists are detained, most of them in the Sutka prison near Skopje, which they treat as their base and use to send out threats and attack prisoners from the Macedonian political right.

This is the second outrageous statement a Zaev adviser made in a matter of days. Stojance Angelov, a former police officer who also fought in 2001 and is now allied with Zaev said that the murder in an ambush of 10 Macedonian soldiers during the 2001 war was a legitimate attack on a military target. Angelov made the statement as the anniversary of the gruesome Karpalak attack on the Skopje – Tetovo highway was marked.

The Macedonian soldiers wore uniforms and weapons which makes them a legitimate target. I was also ambushed a number of times and they shot at me as well, Angelov said.

No Albanian commanders from 2001 were tried for war crimes against civilians or for attacks on the military in violation of the customs of war. They received a broad amnesty and their terrorist organization was transformed into the DUI party, which has since been an almost permanent part of the ruling coalition and untouchable for war crimes or corruption investigations.