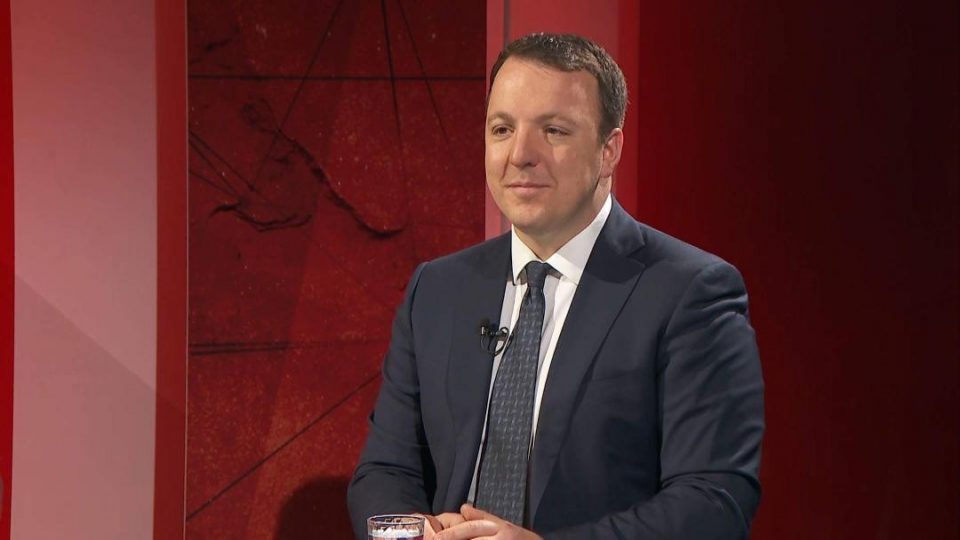 Dimitrov also admitted that the group with Albania for EU membership is a bad thing, but now no one wants to separate Macedonia because Zaev’s government is more corrupt than that of Rama, VMRO-DPMNE Vice President Aleksandar Nikoloski said on Monday.

In April 2018 I said that the Macedonian diplomacy is making the biggest mistake with the decision Macedonia and Albania to go in the same package towards the opening of EU negotiations. Today is September 2019 and I read Nikola Dimitrov finally admitting it was a mistake. To my personal satisfaction that I was right, it is a great defeat for Macedonia because a year and a half have been lost!  Another defeat is that with the government of Zaev and Dimitrov, who sells national interests as tomatoes on the market, which does nothing and steals all the time, now no one wants to separate us because unfortunately, we are same as Albania.

We want to be members of the European Union, because above all it means a higher standard and value criteria at home. But obviously this is not the goal of the government, not because nothing has been done in these three years, and they haven’t moved a single needle in the last three months when the date for negotiations was postponed. After the government has spent the entire three-month period sleeping, which we will remember after the gruesome scandals and crimes, Foreign Minister Dimitrov with an epochal statement in powerlessness with the following meaning “give us a negotiation date to stay in power, and if you don’t, then the opposition will criticize us, and as you know they are bad, even though the government is the best.” So the man who offered himself for minister to every government (and apparently only Zaev accepted him), the man who will be remembered after the destruction of diplomacy, and having no success in his ministerial term except selling everything important to the nation, now publicly acknowledges that this government has done nothing, and that the only trump card why the country should be given a date for negotiations is that the opposition will criticize the government for doing nothing.

Shameful even if it comes from a government like this led by Zaev. Like Zaev, Dimitrov privatizes the process, just because they have no success, and for him, the fight for a negotiation date is not because of Macedonia’s success, but because of the preservation of their armchairs, power and of course the privileges. And not far from now will come the day when Dimitrov again will become an “expert”, who will, of course, have nothing to do with this government. But then, just like today, we will all remember one of the most failed ministers in the most criminal government. And yes, let me not forget, the eventual date is for the citizens and for Macedonia, not for the racketeers in power who ravaged, robbed and embarrassed the state.

Finally, I invite Dimitrov to a public confrontation of the arguments. Let him choose medium and time. He has been running for a year, it’s time to confront the arguments, Nikoloski wrote on Facebook.

Nikoloski: I have a 4% lead ahead of Zaev, I am convinced of VMRO-DPMNE’s victory

Nikoloski: The origin of the property of all politicians and public figures to be inspected by law