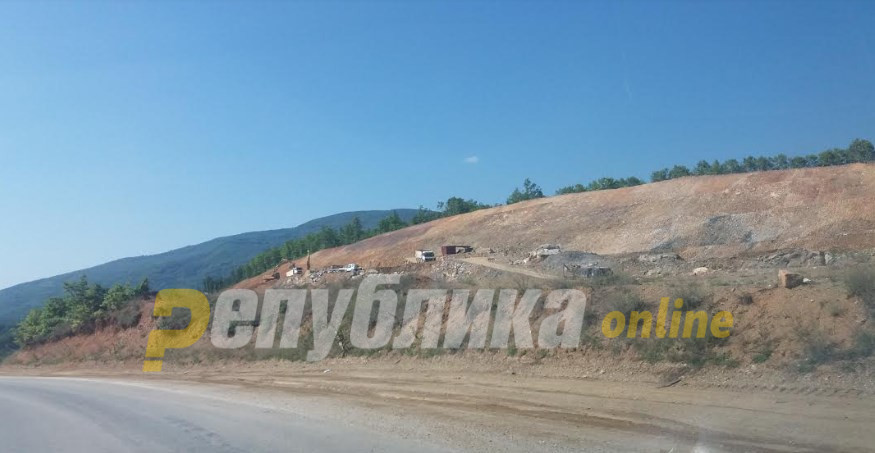 The Zaev Government announced a new push to restart work on the badly delayed Kicevo – Ohrid highway. Construction began in 2014, after the Gruevski Government signed a contract with the Chinese Sinohydro company, and work was supposed to finish in 2018, but in the meantime SDSM grabbed power and stopped all construction after claiming that the deal is both corrupt and ineptly guided.

Another highway that Sinohydro was building in Macedonia, between Skopje and Stip, was almost finished in 2017, and was eventually completed several years later, after local citizens demanded it is put in use. But the longer (57 kilometers) and more complex Kicevo – Ohrid highway remained stuck, even after SDSM negotiated a huge price increase with the Chinese company, to correct what SDSM claimed are errors in planning.

We are working hard to re-plan the route and we have finalized 25 percent of it, said Transportation Minister Blagoj Bocvarski.

Under SDSM, the price of the project rose to nearly 600 million EUR. Meanwhile, the Government is discussing a no-bid contract with the US Bechtel company, to build a highway between Gostivar and Kicevo, that would finalize a highway link between Skopje and Ohrid. The no-bid nature of the planned new contract indicates that much of the obstruction against the Chinese infrastructure projects in Macedonia was driven by geo-political and not financial considerations.

Mickoski in Kicevo: This is a joint fight we wage, Macedonians and Albanians together