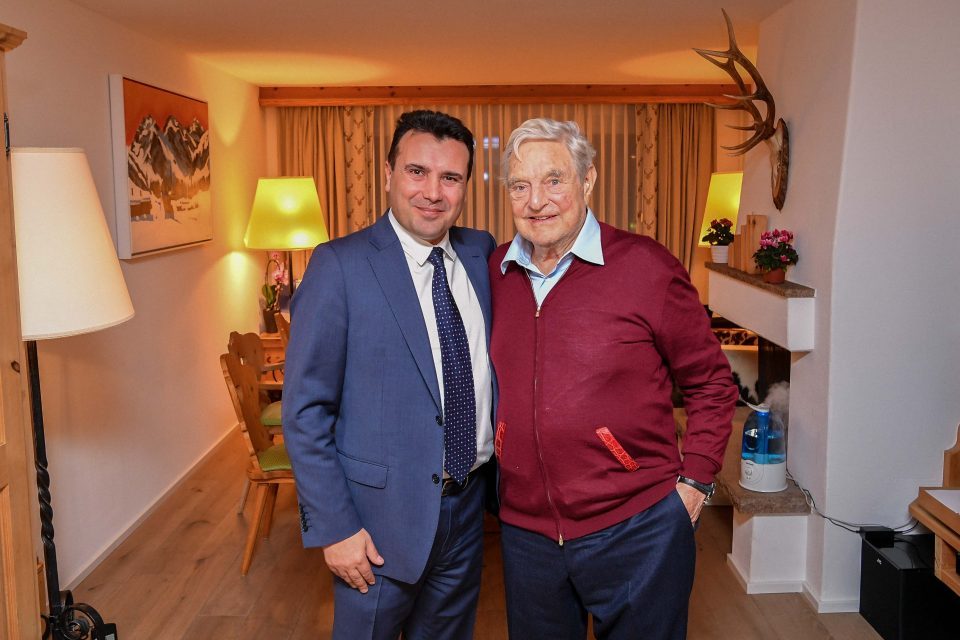 After the George Soros FOSM foundation invested heavily in Zoran Zaev’s Colored Revolution and used its international clout to help him take over the Government of Macedonia, today he signed a memorandum of cooperation for public funding of the Soros NGO groups in the country.

According to the FOSM press release, the memorandum will establish “the basis for a transparent and trustworthy model of state funding of civil organizations”. The far left Soros foundation will also have influence over the reforms Zaev’s Government intends to put in place.

As part of this cooperation, the Foundation Open Society Macedonia will support and participate and will coordinate the process to prepare an analysis of the financial support of associations and foundations by the budget of the Republic of North Macedonia in 2017, 2018 and 2019 with a comparative study of models of state funding in other Western Balkan countries and the European Union, FOSM said in a press release. This analysis, FOSM said,should lead to the creation of a public fund for NGO development.

The Soros foundation has established dozens of NGO groups, dealing in issues such as the environment, education, Roma issues, economic analysis, migrant and women’s issues, abortion, drug policy etc. The network dominates the so-called civil society sector in Macedonia. FOSM also funds numerous media outlets, often with support from the US and EU embassies. A visible mobilization of these NGO groups during the Colored Revolution and coordinated talking points across their line led to strong criticism that FOSM is openly political and is influencing the outcome of the political process.

After Zaev took over the Government, he immediately rewarded numerous activists from FOSM organizations and appointed them in the Government or among his top advisers, and there was a notable increase in public funding for the NGO groups, as a form of “return of investment”. As Prime Minister, Zaev met with Soros a number of times, and the left wing billionaire activist supported Zaev’s  process of renaming and redefining Macedonia.