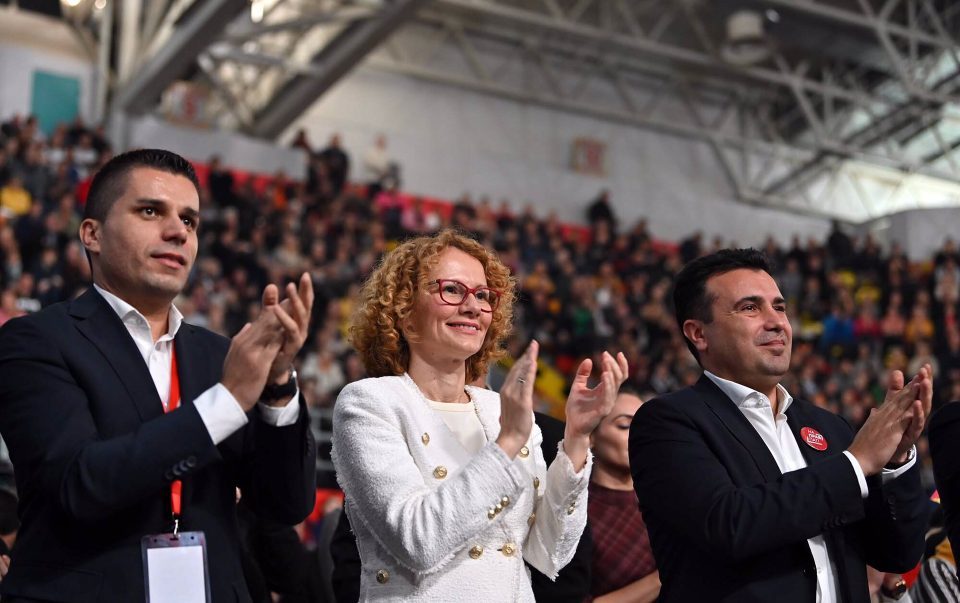 In the 21st century, there is a hybrid regime in Europe, and they promised change, better life. Their rule has turned into a hybrid regime in which they are turning the country around. And how else would it be with so much crime and high-level corruption, with a pardoned leader in power and fraud at every turn. Macedonia can and must do more and better. April 12 is a chance for renewal, a chance for change. VMRO-DPMNE President Hristijan Mickoski comments on the Democracy Index published by The Economist, according to which Macedonia is only one place ranked better than 2018.

According to a ranking published by the prominent British paper, Macedonia remains in the group of “hybrid regimes” and is in the same group with Albania, Ukraine, Montenegro, Senegal, Kenya, Tanzania, Nepal, Mali, Sierra Leone, Bosnia and Herzegovina, Pakistan …

In “hybrid regimes”, Elections have substantial irregularities that often prevent them from being both free and fair. Government pressure on opposition parties and candidates may be common.

Serious weaknesses are more prevalent than in flawed democracies—in political culture, functioning of government and political participation. Corruption tends to be widespread and the rule of law is weak. Civil society is weak. Typically, there is harassment of and pressure on journalists, and the judiciary is not independent.

What put Macedonia in this position?

In the first place is the “Racket” affair. The Special Prosecutor, installed and paid to solve alleged corruption and criminal scandals of the previous government set, is directly involved in a corruption scandal. She was detained for that, after which she was transferred to house arrest. A case in which many are suspects, including a lawmaker, and there is increasing speculation that senior government officials are also involved in the racketeering.

Rigged contracts are just one of many reasons why our country is placed in a group of countries with “hybrid democracy”. There is the case with the contract for the procurement of radar systems for which there is suspicion that Secretary General Dragi Raskoski is involved. This is just one of a number of contracts suspected of being rigged, where companies close to former Prime Minister Zoran Zaev and his family are mentioned.

Political threats and pressures are also on the list of reasons for this ranking of Macedonia. The so-called “bombs” did not prove crime, but served to put pressure on both former government officials and businessmen. A series of irregularities, injustices, crimes, political persecution and court cases…

Thanks to this in the year when two Western European countries – France and Portugal – moved from the “flawed democracy” to the “full democracy” category, and one—Malta—moved in the other direction, Macedonia, as a country located in Eastern Europe, is ranked 77th in the world as a “hybrid democracy”. According to the Democracy Index released by The Economist, Macedonia is only one place better ranked than in 2018.

Macedonia and Albania rank worst in the region’s corruption index

This also adds to the drop of 13 places in Transparency International’s Corruption Perceptions Index in 2019. Life with Zaev placed Macedonia at 106th place, and our country found itself in the “company” of Albania, Brazil, Mongolia, Ivory Coast, Algeria and Egypt.

The countries with the lowest levels of corruption are New Zealand and Denmark, with 87 points, followed by Finland (86), Singapore (85), Sweden (85) and Switzerland (85).

The countries at the bottom of the list are Somalia, South Sudan and Syria with scores of 9, 12 and 13, respectively. These countries are closely followed by Yemen (15), Venezuela (16), Sudan (16), Equatorial Guinea (16) and Afghanistan (16). 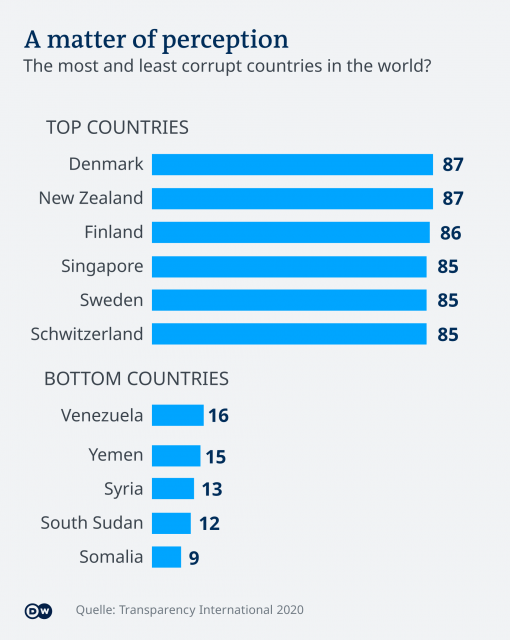