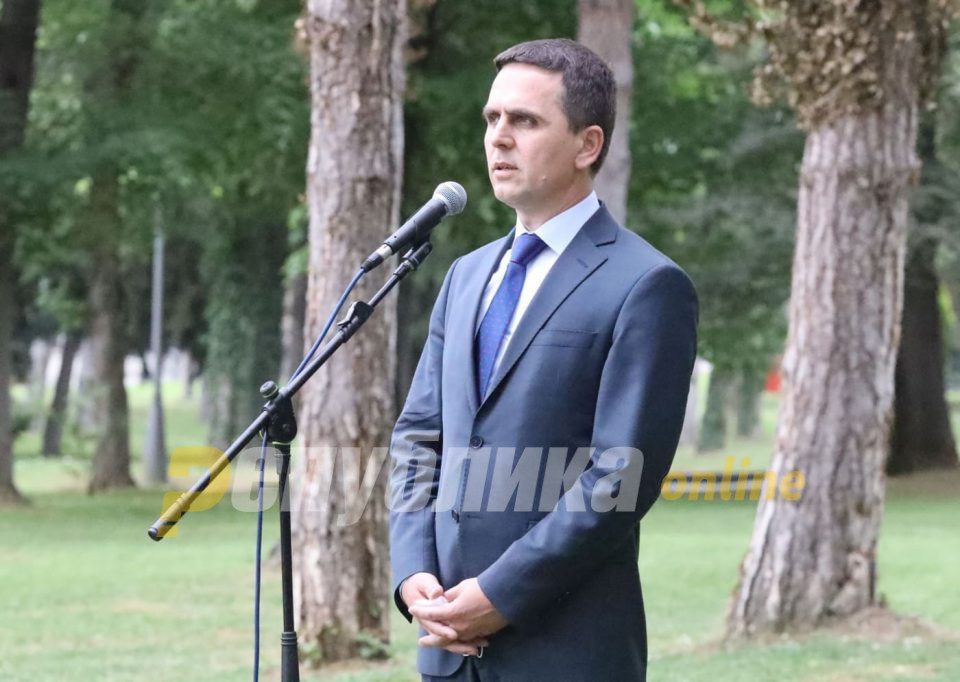 Bilal Kasami, leader of the BESA party which is crucial to Zoran Zaev’s majority in Parliament, said that he calls for accountability from the Interior Minister Oliver Spasovski for the escape of former state security chief Saso Mijalkov. Spasovski, a top Zaev loyalist, avoided the public all day yesterday as the news that Mijalkov shaked off his police surveillance team and is missing, caused outrage in the country.

Direct responsibility should be sought in the interior Mиnister. He was elected by the Parliament and he needs to explain things in the Parliament. We are asking where is Mijalkov, how did he flee and who helped him? This is what the Interior Minister needs to answer, Kasami said.

BESA holds four crucial seats in the Parliament which it won in a pre-election coalition with SDSM, and is crucial to the continued survival of the Government. The statement comes as several other smaller parties – LDP, DOM and DS – are also more and more critical of Zaev, his attitude toward Bulgaria, high level corruption and now the Mijalkov scandal.

If he can’t answer these questions, we will demand political responsibility. We can’t ask the prosecutors to be politically responsible, only the Interior Minister, Kasami added.

He also announced that BESA won’t join SDSM in a coalition for the coming municipal elections. “We won’t go in it together. We will campaign alone in the municipal elections. We don’t need SDSM. We will entertain options with the other Albanian parties”.
This is also a strong indication that Zaev’s ruling coalition is on shaky ground. Zaev’s SDSM party badly needs Albanian votes to compete in the capital Skopje and in Kumanovo – two key holds for the party.

As one of the concessions BESA demanded from SDSM, it required that future identity cards contain the ethnic identity of the holder – Albanian parties were eager to have documents that declare a citizen is an ethnic Albanian. Zaev is also eager to reprint the cards as Greece demands they carry the name “North Macedonia”. But Greece strongly objects to having documents declare ethnic Macedonians as – Macedonians. Zaev was forced to turn to international representatives such as EU Ambassador Geer, and to the small Levica party, to try to block the draft law that BESA initiated, and his failure to deliver on BESA’s demand is also pressing hard on the coalition.