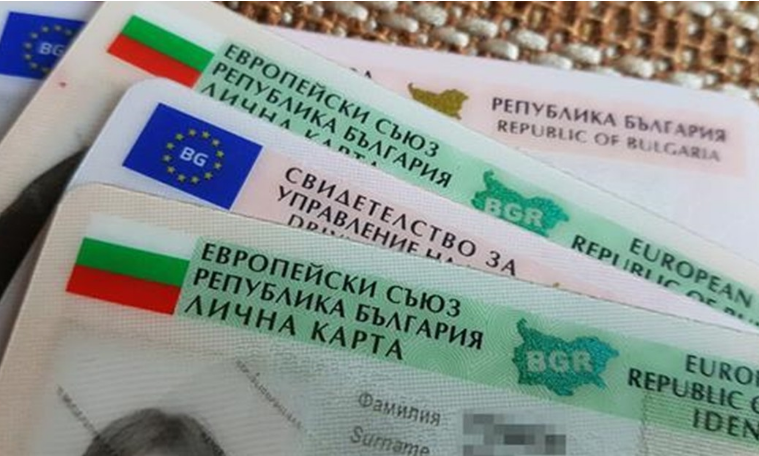 Several news sites debunked the last minute attack from SDSM aimed at Danela Arsovska, the VMRO-DPMNE supported mayoral candidate in Skopje, which was accused by SDSM that she has a secret dual Bulgarian citizenship.

The people of Skopje won’t allow to be manipulated. If you have decided to be a representative of a foreign country, than it’s on you. You can’t lead the Government of one country and be a representative of another. Arsovska is a citizens of a foreign country. It’s a very serious matter. She is not denying it. The truth will come out. We elect a Mayor, not a kmet of Skopje. We had a kmet in Skopje in 1941, said Prime Minister Zoran Zaev during a TV interview in which he demanded that Arsovska withdraws from the race. He even used the term “kmet” – the Bulgarian word for Mayor, and alluded to the Bulgarian World War Two occupation of Macedonia – a period of history Zaev is at the same time trying to whitewash as he tries to reach some kind of agreement with Bulgaria so that they will lift the veto against Macedonia’s EU accession talks.

Danela Arsovska angrily denied this latest allegation from SDSM aimed at her, coming after days in which SDSM activists were spreading unsubstantiated rumors about her family. “Zaev is ready to do anything to save his political career. I’m a sincere and honest person, I entered this race aware what I will face. We now see that the Prime Minister is afraid from a woman. He should get ready to resign first thing on Monday. I’ve lived in Skopje for 42 years. I’m a Skopjaner, I’m a Macedonian. I have accomplished a lot and I can do a lot more. I’m not withdrawing from the race”.

The SDSM allegations were debunked by several news outlets today. SDSM official Slavjanka Petrovska first produced an alleged certificate that a Daniela Arsovska” has received a Bulgarian citizenship – in which the name (the real name is Danela) and eye color are wrong. Today, SDSM showed a photocopy of an alleged identity card issued by Bulgaria. Bulgaria allows Macedonians to relatively easily claim dual citizenship if they declare that their ancestors were Bulgarians – many poor people do so for easier access to the EU labour market, but the move carries a stigma in Macedonia.

Bulgarian 24 Chasa newspaper checked the number of the identity card against the public records in Bulgaria and reported that the copy SDSM showed is fake.

“A document with the number 6469489279 issued to a person born on December 20th 1979 does not show up among valid Bulgarian identity documents”, is the answer 24 Chasa received from the register.

Infomax.mk also investigated the documents. They report that the registry number of the first document showed by SDSM does not show up in Bulgarian records. One person name Daniela Arsovska born in Macedonia showed up at a list of voters, but she is born in Strumica, not Skopje. The Bulgarian Interior Ministry does not show a passport issued to Dan(i)ela Arsovska. Also, the Agency for Bulgarians Abroad told Infomax that they don’t have a Danela Arsovska in their records – only a Daniela Arsovska who was born in Strumica.

Accusing political opponents of being pro-Bulgarian or “Bugarashi” is a common SDSM tactic, used back in Yugoslav times when it could be a criminal offense, and since the early days of Macedonian independence when SDSM officials distributed fake leaflets supportive of VMRO-DPMNE written in Bulgarian. Due to its dominant role in Yugoslavia, SDSM was seen as the pro-Serbian side and opposed to Macedonian independence, while the sovereignist VMRO-DPMNE which was happy to see Macedonia leave the Yugoslav and Serbian orbit, was accused by SDSM of harboring ties to Bulgaria. But this changed under Zaev, as he appears ready to accept all demands put forward by Bulgaria aimed at the Macedonian national identity and history. SDSM adopted Bulgarian demands to such extent that Bulgarian officials openly endorse Zaev and insist that he remains Prime Minister of Macedonia, while VMRO denounces his concessions as moves as damaging to Macedonian sovereignty as SDSM’s slavishness to Yugoslavia once was. Some Bulgarian media outlets today noted the dramatic change in tone from Zaev and his SDSM party over the past two days, as the party portrayed Arsovska and VMRO-DPMNE as Bulgarian fifth column.

Danela Arsovska is a foreign plant – Skopje won’t be led by a Hungarian consul with a Bulgarian passport, the ruling party railed in a press release. Arsovska is honorary consul of Hungary – which is a common practice for businessmen.

Before the campaign, Zaev agreed to rewrite Macedonian history textbooks and to water down paragraphs on the World War Two occupation as well as remove any mention of the Fascist elements in the Bulgarian state at the time. This caused a major revolt in his party, from the older power circles that date back to Yugoslav times – including an initiative from former President and Prime Minister Branko Crvenkovski who froze his membership in SDSM and called on the party to expel Zaev. Zaev’s supporters claim that it is Crvenkovski who staged a boycott of SDSM in the first round of the elections over Zaev’s position toward Bulgaria, and that he hopes a major defeat at the local elections will lead to Zaev’s removal from the helm of the party.

After losing in almost all major urban centers in the first round, Zaev promised that he will resign as Prime Minister if his candidate Petre Silegov loses to Arsovska in the race for the capital city on October 31st. This likely explains his all-out attack on Arsovska, that may backfire due to its ferocity.