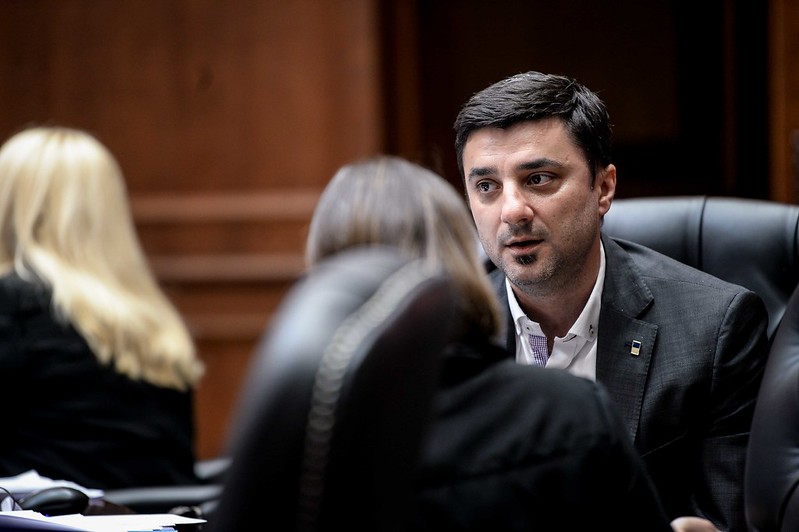 Journalist Branko Geroski, who did much of the reporting in the major Racket scandal, condemned Zoran Zaev’s main PR official Marjan Zabrcanec for spreading fake news, after Zabrcanec issued a flowery proclamation on the World Press Freedom Day (May 3rd).

During the reign of Gruevski, it was virtually impossible for critical media outlets to get a Government spokesman on the phone, they were completely ignored. Now that is not the case. The media were publicly branded and denigrated by top Government officials, from the Prime Minister down to the common party members, and were declared mercenaries and traitors. That practice has been rooted out, Zabrcanec claimed.

This did not sit well with Geroski, who cited international press freedom reports that note little change in the media enviroment, even to the worse.

This is fake news. The practice has not been rooted out, as Zabrcanec claims. This is from an unbiased observer, from Reporters Without Borders: “Senior government officials continued to threaten and insult media outlets, while cyber-harassment and verbal attacks against journalists increased on social media. All this served to reinforce the well-entrenched culture of impunity”. This is completely contrary to what Zabrcanec claims. I publicly call on media fact-checking organizations funded by foreign foundations and organizations to note this example of fake news and manipulation and to inform the public about it, Geroski asked.

A number of critical news outlets, like and Dnevnik and Nova TV, were closed under the Zaev regime, and others were pressured to significantly alter their editorial policy. The regime also used hastily put together TV station staffed by its supporters – 1TV – for racketeering of businessmen, who were forced to pay extortion money to avoid facing criminal charges from Zaev’s ally, Special Prosecutor Katica Janeva.

Infomax editor Aleksandar Mitovski received an unprecedented suspended prison sentence for reporting on a leaked document that showed Zoran Zaev’s involvement in the Racket scandal. Ljupco Zlatev from Lider is facing charges after revealing a leaked document that showed how the SDSM party is politicizing the key ANB security agency, cases that were highlighted in the State Department annual report on human rights.