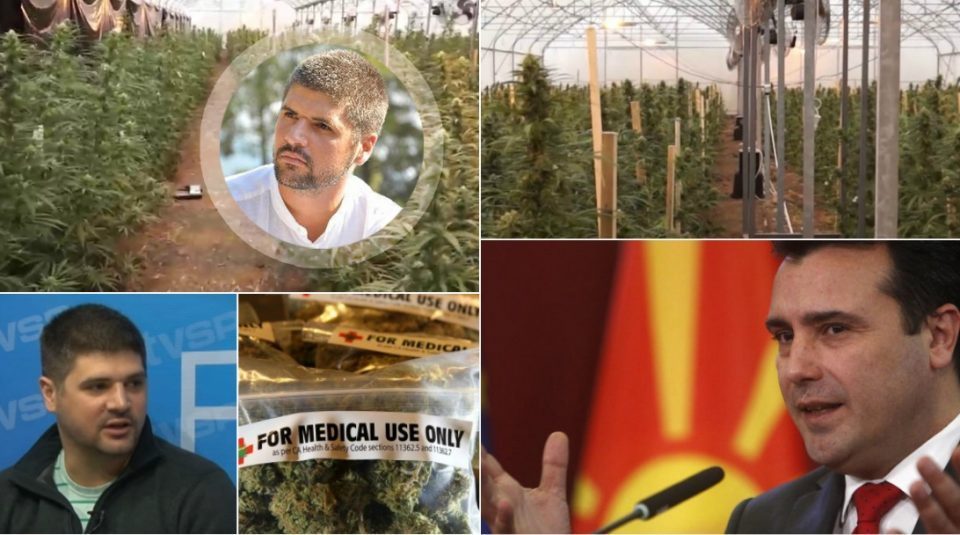 Days after the arrest of controversial Serbian large scale marijuana producer Predrag Koluvija, there is still no action on the Macedonian side where he held extensive business interests. Koluvija was arrested for growing marijuana meant for the illegal market, and not for cannabis oil production he was licensed for, and the police seized a large quantity of dried out marijuana.

Shortly after the arrest, it was revealed that Koluvija is in business with Goran Krstev, a businessman from Strumica very close to Zoran Zaev, to the point of being one of the people who were pardoned along with him in 2008 for a corrupt business deal Zaev signed as Mayor.

The Zaev family is investing strongly in marijuana production, using his easy access to licenses, and is insisting that it will only export cannabis oil. But years in, no such exports were made, which is fueling speculations that the drug is being sold elsewhere.

None of the law enforcement institutions have acted on the report that a Serbian businessman who has large business interests in Macedonia was arrested for drug trafficking. Zaev himself recently made a big push to legalize the exporting of dried marijuana flowers, a move that was widely criticized because it would directly benefit his own businesses and could turn Macedonia into a drug exporting country.

SDSM again calls for marijuana legalization, paints it as the main plank of its economic program

Zaev’s Government wants to have marijuana legalized within days

Despite his family investing heavily in marijuana, Zaev insists that he will not personally gain from its legalization