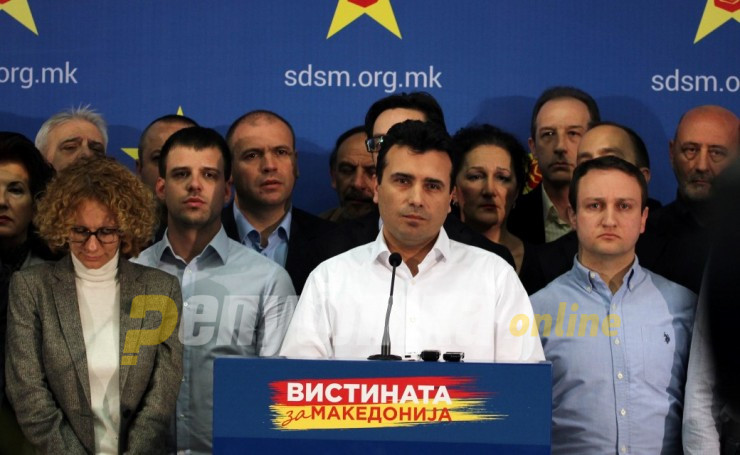 “There are conversations indicating that the people who are now in prison for this, according to my view of the conversations, I’m not an expert, but there is no evidence for them to be in prison. In the conversations there is no indication who perpetrated this, they were not talking about this on the phone, but there is a suspicion that the Government is involved… Maybe the investigation will show that someone, some, all of them, are innocent or guilty and not guilty for other charges. It is very important for me that the investigation is re-opened so that the whole truth can be known independently. If there is no evidence someone to be sentenced, they shouldn’t be sentenced… There are big suspicions in regards to what happened in this case. Surely with the revelation of the material about Smilkovci Lake, or the ‘Monster’ case as the government dubbed it, a painful truth will be revealed. Our intention is not to interpret the case but once the truth is revealed, the people will know [that there are grounds for suspicion about the convictions”.

These are just some of the statements that Zoran Zaev, currently Prime Minister of Macedonia, made about the horrific 2012 massacre of four boys and a man near Skopje. The killings were the worst islamist attack in Macedonia and shocked the country. The killers, a group of ethnic Albanian Muslims, were charged with trying to forment a religious war in the country. But Zaev, as opposition leader, initiated a campaign to sow doubt in the charges, and to accuse the then ruling VMRO-DPMNE party of orchestrating the massacre. 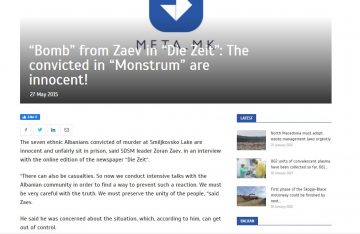 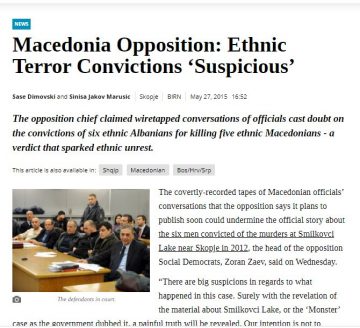 During the 2015 Colored Revolution campaign pursued by SDSM, the leader of that part Zaev, insisted that he has wiretaps that will shed a completely new light on the massacre. He stated that “innocent people are in prison” for the killing, and his mouthpieces spread a conspiracy theory that then Speaker of Parliament Trajko Veljanoski (VMRO) had the boys killed because one of them was dating his daughter. During the closing statements today, prosecutor Fatime Fetai, who was exceptionally close to SDSM, confirmed that nothing that Zaev provided during the renewed trial changed the original charges against the group of Islamists, and again demanded life in prison for the killers. Zaev himself testified in the trial last February and also said that he actually has no new evidence.

Filip Slavkovski, Cvetanco Ackovski, Kire Trickovski and Aleksandar Nakevski (aged 18 to 21) were killed while hanging out near a pond north of Skopje, as was Borce Stevkovski (45), a local fisherman. The murders were perepetrated by three Islamists – brothers Afrim and Agim Ismailovic and Alil Demiri. Agim Ismailovic was detained along with several accomplices, while Afrim Ismailovic and Demiri fled to Kosovo. 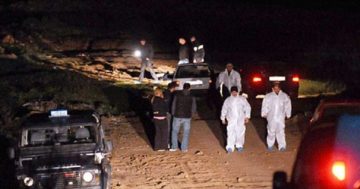 The conspiracy theories shared by Zaev were meant to demonize the VMRO-DPMNE party in the eyes of ethnic Albanians and to exert pressure on Albanian parties. After the inconclusive 2017 elections, Albanian parties came out with a platform which included a request for a retrial in the massacre. Zaev happily agreed and this helped him get the support of the Albanian parties to form a Government. Loyal prosecutors such as Fetai from the now disgraced and disbanded Special Prosecutor’s Office took over the case, and the retrial meant that even the one killer and the accomplices who did not flee the country were released from detention. Afrim Ismailovic very nearly used the opportunity to flee as well, late last year.

That is what Macedonian politics is now. Scars remain. Those who made up the story, it is on them, Veljanoski said today.

The court hearing today, and Fetai’s blunt confession that Zaev was lying to the country all these years, again revived the shock of the killings. Hundreds of social media comments contain the same message – Zaev is the real monster (using the official police code for the investigation – case “Monster”). The cold blooded manipulation with the families of killed boys and the entire public for political gains seems at times too much for the public to comprehend. The families were led on with varying conspiracy theories, after Zaev gave them an indication that he has evidence not only about VMRO’s involvement but also about the ethnic Albanian DUI party.

When we met with Zaev he told us that he will give us six wiretaps that are state secrets about six DUI officials. Later he said there are five. DUI were his political opponents at the time. He showed us transcripts and he pointed to DUI official Nevzat Bejta and a conversation he had with one of the accomplices, Fejzi Aziri.. But he didn’t keep the promise. He didn’t give us the five tapes, because of political reasons, said in a 2017 interview Goran Nakevski, whose son Aleksandar was killed in the massacre. “He promised us one thing and now he does something completely different. We are angry. This is a political deal between SDSM and DUI”.

Many other wiretaps and scandals that SDSM “brought to light” in 2015 were later debunked. Instead of staging Islamist attacks or killing journalists, as Zaev claimed, then Prime Minister Nikola Gruevski was sentenced to prison for a mundane purchase of an armored vehicle that remains in use for its stated purpose. After the Good Friday massacre, another of the most emotional cases that Zaev used to stir up riots was later revealed in a completely different light.

Even Zaev’s security adviser and creator of the scandal Zoran Verusevski acknowledged that the tapes that were used were “heavily modified”.

And the extent of the manipulation is still being brought to light. Just this week, a leaked tape recorded by Verusevski’s son, of his conversation with Zaev, showed how he was cutting a deal with VMRO security chief Saso Mijalkov, while accusing him of involvement in all the aforementioned alleged scandals.

But no lie from the tumultuous past years in Macedonian history comes close to the deliberate manipulation with the families of killed children.