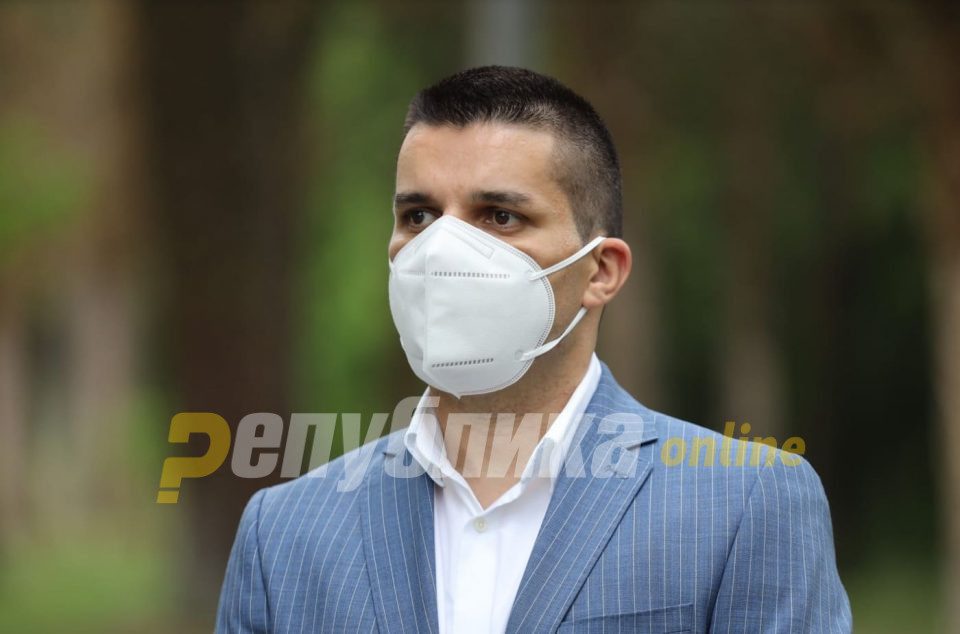 Deputy Prime Minister Ljupco Nikolovski, who is appointed by Zoran Zaev as his anti-corruption tsar, made an interesting gaffe during an interview today, if by gaffe we consider speaking what’s on one’s mind.

Nikolovski discussed the exceptionally bad corruption situation in Macedonia, with numerous scandals rocking the Zaev Government and the historic worst ranking in the latest Transparency International report. In an otherwise bland and repetitive interview, at one point Nikolovski said that he disagrees that corruption is such a huge issue in Macedonia, and called on the private TV stations to give the Government their support.

Your statement is absolutely not true. I do not agree with it. I expect maximum support from those who are most responsible – the national TV stations who receive funds… who are funded by all citizens, Nikolovski said.

In the past Zaev’s SDSM party campaigned hard against the public awareness campaigns led by the previous, VMRO-DPMNE led Government, which included running ads on private TV stations. According to SDSM, this amounted to corruption and influenced the editorial policies of the TV stations. After Zave’s power-grab in 2017, the Government ended all such campaigns. TV stations were made to follow the Government line with other means – politically driven criminal charges led to the collapse of Nova TV, and significantly altered the editorial policy of the two best watched stations – Sitel (whose parent company had an official face charges) and Kanal 5.

But recently Zaev has been looking for ways to send public funds to the TV stations directly. The Government is proposing an end to the ban on public awareness campaigns – citing the coronavirus crisis and, ironically, the need to hammer home an anti-corruption message. More worryingly, the Government is pushing to alter the relationship of power between the TV stations and the cable companies with a controversial law that remains unimplemented – it would pressure cable companies to remove many foreign programs and would greatly limit the competition domestic stations face. Nikolovski’s comment that the TV stations are receiving public funds and therefore need to support the Government’s line only reinforced the impression that this is how the Zaev regime views its relationship to the press.

Nikolovski’s interview was with Telma TV, owned by oil oligarch Andreja Josifovski, who recently had Zaev adopt a special law to pay  him 33 million EUR for Makpetrol’s share in Macedonia’s only international gas pipeline. The deal was seen as a brazen attempt to, among other things, solidify the Government’s control over Telma’s editorial policy.