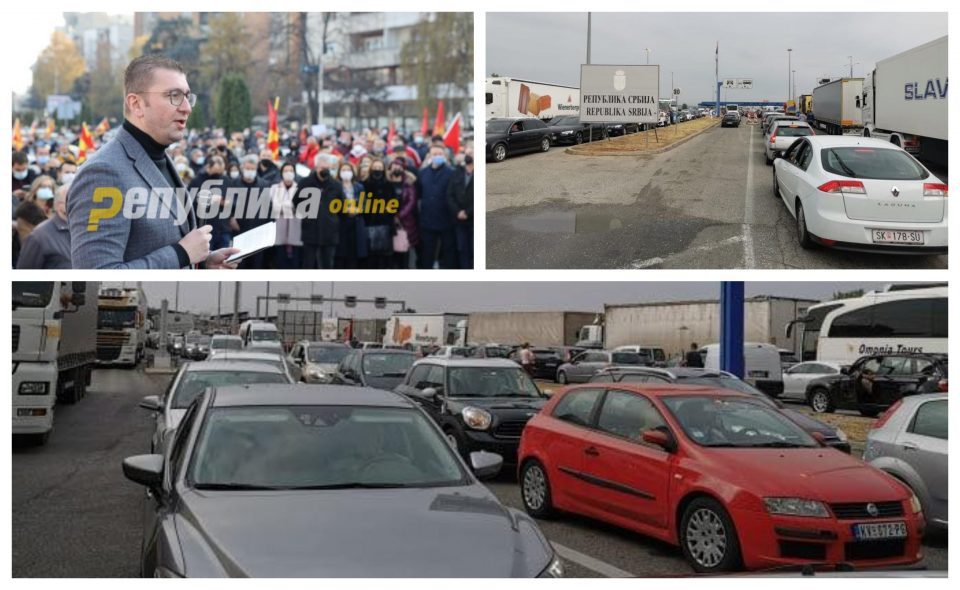 The lines of vehicles leaving Macedonia to get vaccinated in Serbia are a shame on the Zaev Government, said VMRO-DPMNE leader Hristijan Mickoski. Over 2,000 people headed to Serbia today to look for vaccines, as Macedonians lose hope in their own healthcare system and the chance that it will eventually provide some vaccines. Serbia meanwhile opened its own massive vaccination system to citizens of neighboring countries and it is now the only available option for Macedonian citizens.

The state is there to serve the citizens, but our state exists to allow politicians to steal from it. Macedonia is living a worse period than the 1990ies. The people are left to fend for themselves and fight to survive, abandoned by their Government. These columns are your shame and the people won’t forget that, Mickoski said in a message to the Zaev regime.

By 10h, over 2,100 people left Macedonia for Serbia. Some are headed to Nish, and others to Belgrade, where mass vaccination centers are set up and available to Macedonian citizens after a simple online registration process. Only through the SKM chamber of commerce, 500 businessmen and essential employees took their vaccines in the Nish center. SKM said that it organized the immunization with its partners in Serbia in order to help the Macedonian business community travel and maintain their businesses.