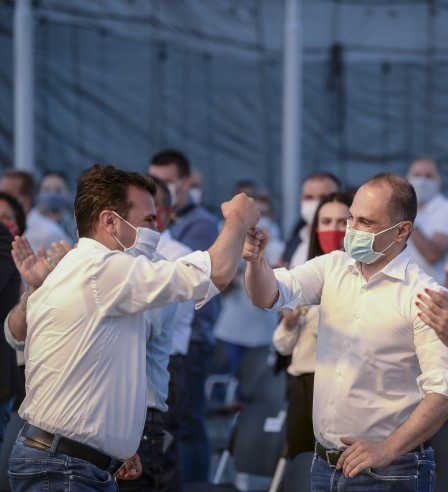 Zoran Zaev’s resignation appears similar to the resignation offered by Venko Filipce after the Tetovo hospital fire, said VMRO-DPMNE official Dragan Kovacki. Under public pressure, Filipce offered his resignation for his moral responsibility for the death of 14 patients and their family members, but Zaev refused to accept it. Now Zaev himself announced that he will resign after the local election defeat, but at the same time, he is lining up his political allies to publicly demand that he withdraws the resignation.

SDSM does not keep its word and underestimates the votes. The voters chose change. SDSM is rolling in its own mud and is only making this defeat worse for itself. This Government has no credibility and must go, Kovacki said.