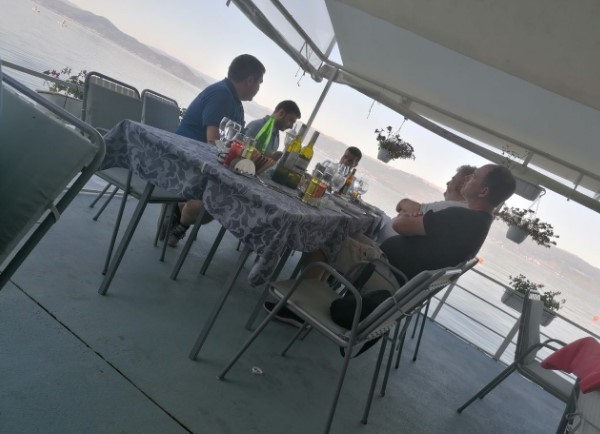 A photo taken at a lakeside restaurant in Ohrid shows top SDSM official Ljupco Nikolovski with former US diplomat David Stephenson, who was influential in putting together the so-called Przino agreement in 2015, that lead to the eventual take-over of the the Government by SDSM.

Stephenson resigned from the State Department and established a consulting firm in Skopje, and is seen is an informal advier to Zaev and SDSM.

School will open on September 1, said Education Minister Arber Ademi. He insisted that the schools will be ready to hold classes with the necessary coronavirus precautions, and that the protocols meant to reduce the spread have been reviewed and approved. Macedonia remains in the midst of a major Second...
Macedonia 07.08.20 | 15:15